YOU ARE AT: Business MK > Environment > Consumers ‘are growing greener’ 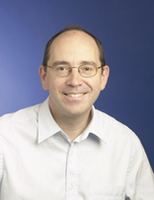 As rising fuel prices and tightening economic conditions bring the ‘green agenda’ under the spotlight, four out of ten people (36%) surveyed from the ITV Anglia region say that they are actually prepared to pay extra for goods and services that are environmentally friendly or have a low environmental impact.

But while the great majority of people have made changes to their environmental habits, there are signs that many are sticking to the ‘easy’ items and that more fundamental changes have yet to be made, according to the survey.

The survey, carried out for KPMG by YouGov among over 2,000 adults and published ahead of World Environment Day on June 5, found that 93% of local respondents believe that they have become more environmentally conscious over the last five years.

Local respondents had the highest response rate in the country for recycling more at home (94%), followed by using more energy saving devices such as low energy light bulbs (72%), and using fewer plastic bags (71%) as the most common measures.

But deeper changes, such as changing transport and travel behaviours, have yet to take hold – only 15% (the lowest result in the country) say they take more public transport now than five years ago, only 20% of local respondents fly less, and just 9% say that they have bought a low CO2 emission car.

Peter Selvey (pictured), KPMG senior partner in Milton Keynes said: “The good news for environmentalists is that the green message has certainly got through to people, and behaviours in the region have changed. The bad news, though, is that most people are still in a sense at ‘base camp’ in terms of relatively small domestic measures such as recycling more and using low energy light bulbs.

“The bigger and more fundamental behaviours such as transport attitudes are much harder to tackle, and will take time. In the last five years, only 9% of people have taken action and bought a low CO2 emission car. Perversely, rising fuel costs may contribute towards a change here, with people quite likely to restrict use of their cars.”

Local respondents rate the environment as one of the three most important global issues – behind poverty and wars. However, 57% gion do not believe that enough is being done globally at a political level to tackle environmental issues.

Companies received highest ratings on use of online communications over paper (28% rated their efforts in this area as good or very good), and recycling (28% rating them as good or very good). Interestingly, older respondents tended to give more critical assessments of companies’ performance than younger age groups.

Mr Selvey said: “There are some important messages here for business. Consumers clearly feel that there is more for companies to do in reducing their environmental impact. That is probably inevitable, as tackling carbon footprint is a long-term issue that can’t be solved by quick fixes. It is a sustained process over time that, done in the right way, can significantly reinforce brand and trust.

“Is the environment in danger of slipping down the corporate agenda in these challenging economic times? It remains a big issue for consumers, so businesses will ignore it at their peril.”