YOU ARE AT: Business MK > News > Consortium bids to build digital technology institute at Bletchley Park 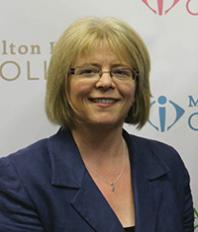 A consortium led by Milton Keynes College has announced plans to establish the IDT at Bletchley Park, home of the World War Two Codebreakers.  It is to bid for a £18 million share of government funding to set up specialist technology institutes across the UK.

Organisations such as Microsoft, business advisers KPMG, Volkswagen Financial Services – one of the largest employers in Milton Keynes – and Cranfield University are supporting the plan to convert the currently derelict Block D at Bletchley Park into a place of study for around 1,000 students a year.

The aim is to reduce the “desperate” shortage of skilled workers in the technology sector.  The consortium is preparing its bid, which will be considered by the government and its decision announced next month. If successful, the IDT plan will go to a second bid review stage with the results announced in December.

Given the green light, work will begin in January with the new institute open by the end of next year.

Speaking at the launch of the plans to an audience of business leaders, students and Milton Keynes MP Iain Stewart, the government’s champion of the Oxford-Milton Keynes-Cambridge growth corridor, Milton Keynes College principal and chief executive Dr Julie Mills said the timing was right because of the government’s support for the National Infrastructure Commission’s report which highlighted the region’s outstanding economic growth potential.

“This is a really important region for the whole of the UK,” she said. “Productivity is 25 per cent higher than in the rest of the country and we have ambitious plans for this area. But we have significant digital shortages. It is a problem now and a major risk to business going forward.”

The institute will seek to recruit and train specialists in fields including network and software engineering, development and testing, applications development, data and business analytics, games development, communications and digital marketing and cybersecurity.

Software giant Microsoft UK has thrown its support behind the IDT plan. Its customer services unit general manager Derrick McCourt said: “Digital skills are becoming increasingly vital to the success of the UK economy and we share Milton Keynes College’s ambition to help students develop the skills and practical expertise that employers want and need both now and in the future.

“We are committed to the challenge of digital skills and joining the Milton Keynes consortium was and easy decision because it aligns with the priorities we have as a business in the UK. Bletchley Park is synonymous with the security of this nation and so I cannot think of a more appropriate place to train the next generation of cybersecurity experts that will protect the UK from the growing threat of cyberattacks.”

A study from the industry association ISC Squared found more than two thirds of UK companies cannot recruit the cybersecurity specialists they Within two years there will be a global deficit of 1.2 million security professionals and UK industry faces a persistent shortfall of around 40,000 skilled people.

At the same time, the government has outlined a major programme of infrastructure, business investment, housing and development along the Oxford-Milton Keynes-Cambridge corridor.

The National Infrastructure Commission forecast that, with the right actions, annual output of the corridor could increase by £163 billion by 2050 – around double the estimated growth without government intervention.

"By improving the educational outcomes in key areas, we can keep the brightest minds in Milton Keynes and become an exporter of great talent across the UK.”

The institute’s curriculum will be employer-led, with students working on real projects alongside business. Cranfield University is supporting the project and will play a central role in the research work, said its pro vice chancellor (education) Professor Lynette Ryals. It will also help to develop the IDT’s courses.

Dr Mills said: “It is central to the government’s proposals for Institutes of Technology for the curriculum to pinpoint and meet the needs of employers.  At the Institute of Digital Technology at Bletchley Park, those employers will be involved in actually designing the courses studied to make certain those needs are met and hopefully exceeded.”

Digital forensics specialist Evidence Talks, based in Milton Keynes, has worked with Milton Keynes College for several years and is working with the consortium to develop the institute’s curriculum, in particular in relation to cybersecurity.

Chair Elizabeth Sheldon said: “This is a growth area for UK companies as the crimes and warfare committed in cyberspace continue to multiply. E need to provide students with the most exciting iopportunities and experiences to cultivate home-grown talent from our own student body.”

Security exports totalled £4.9 billion in 2016, woth growth forecast of 130 per cent. “This is a huge area for jobs going forward,” she said.

Nursing a broken arm, Milton Keynes South MP Iain Stewart told the audience: “The vision for the corridor is to create one of the economic powerhouses not only in the UK but also globally. The connected world is changing rapidly and digital skills are at the heart of that.”

Volkswagen Financial Services has its UK headquarters at Tongwell and employs around 1,200 staff across the UK. A strategic focus is the adoption of digital practices and VWFS has set up a specialist Digital and Innovation Unit to develop new products and services.

The company already operates school mentoring schemes and runs an annual undergraduate training programme. It has pledged to support the creation and delivery of the Institute of Digital Technology by providing set-up expertise, speakers and mentors and work experience opportunities for students.

VWFS UK director of digital and innovation Nathan Thompson said: “We currently have a number of community initiatives already taking place within our organisation so the partnership with the new Institute of Digital Technology was deemed a natural fit.

“The war for talent is real for us. We experience it every day. Given the importance of attracting innovative individuals to our organisation alongside the increasing skills shortage in the Fintech sector, we are delighted to be able to nurture these skills locally, now and for the future of our business.”

Consortium members are bidding for funding from the government’s Institutes of Technology fund, which totals £170 million, and are calling for the support and involvement of more important partners for the plans.

Mr Stewart said: “The talent and potential of this place is boundless but we have to go out and win it.”

Dr Mills said  “Bletchley Park was chosen immediately before the war to be the home of the Government Code and Cipher School, in part because it was midway between the two great university cities and in easy reach of London.  Today those three key centres are even closer.

“The location is as perfect as it was in 1939, in just the right place to make a significant contribution to meeting the gap in digital skills which so desperately needs to be addressed for the sake of the country’s economic future.”