YOU ARE AT: Business MK > Growth Debate > Companies back moves to city

Companies back moves to city 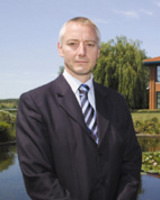 A survey for Invest Milton Keynes, the inward investment arm of Milton Keynes Partnership, has found that 97 per cent of firms were satisfied with the city as a base. Nine out of ten said it had been the right decision for their business and 85pc felt they had benefited from the move.

The Milton Keynes Business Satisfaction Survey, conducted by market research firm Alternative Futures, interviewed human resources directors from more than 100 companies who had either relocated to Milton Keynes, either in whole or part, or had expanded in the city in the past seven years.

The firms came from industry sectors including manufacturing, distribution and financial services and had employee levels ranging from below 25 to more than 100.

Relocation enquiries to Invest Milton Keynes for 2006-07 have reached a four-year high, almost doubling those in 2003-04. Recent successes include urban regeneration specialists Knight Frank and the Institute of Directors.

The IoD has realigned the branch boundaries in the South East Midlands to reflect the regional boundaries of other major business organisations resulting in the creation of a new IoD branch in Milton Keynes.

Grant Seeley (pictured), director of investment for Milton Keynes Partnership said: "By questioning these businesses we can gain significant insights that will help us plan strategies for attracting new businesses. Our challenge is to encourage businesses from outside the city to relocate to Milton Keynes and as such we also analyse the business perception of Milton Keynes from an external viewpoint.

"We are thrilled that the satisfaction survey supports Milton Keynes offering as a premier business location, however we are aware that we still need to change perceptions further afield."