YOU ARE AT: Business MK > Information Technology > Companies are not exploiting information boom, says report 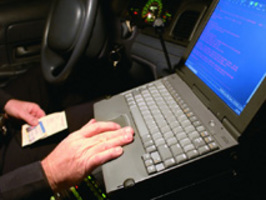 Though the majority of UK companies have an IT director. too few have a chief information officer on the senior management team. As a consequence, too few companies are using their information assets to power innovation, strategy and growth.

The report from Cranfield School of Management and business advisers Deloitte, the CIO should be playing a central role ensuring information underpins business strategy. However, the study found that the role of a CIO is ill-defined and confused, with poor understanding of its scope.

Many CIOs feel perpetually out of the loop. This lack of clarity extends to CIOs themselves.

Realising value from a CIO: navigating the silicon ceiling looks at the nature and dynamics of the role of the CIO. It examines how organisations can successfully align the CIO role with their evolving business.

The research revealed that the role of a CIO is particularly sensitive to the precise context and needs of an organisation. Tensions arise between CIOs and their peers when the CIO is out of sync with evolving business needs.

Professor Chris Edwards of Cranfield School of Management said: “Our research identified five states of information and technology leadership, only three of which will require a CIO. It is critical that the organisation identifies and deploys the ‘appropriate’ CIO type for their current need. Frustration and confusion occur in situations where an ‘inappropriate’ CIO type is deployed.”

Detailed IT knowledge is not necessarily a prerequisite to the success of a CIO, Professor Edwards added. “Far more important will be their ability to lead innovation, drive change, develop information awareness and expand it across the broader organisation.”

The research findings suggest that organisations should continually review the information and technology needs of their business and assess the type of CIO needed to generate value.

David Tansley, a partner in Deloitte’s consulting practice who jointly led the research, said: “Vast volumes of data are generated by companies every day and many simply do not realise the value of the data that they are sitting on. An opportunity exists now for technology to maximise the value of that data.

“Those that leverage the value of information will have a distinct advantage, particularly in the current economic climate. But having clarity on the role of the individual that will lead that endeavour is an absolutely essential first step. Without a CIO, the chances of succeeding are extremely slim.”

The report concludes that the CIO’s ultimate objective is to create an environment in which information and technology are so intimately and fundamentally bound to every aspect of the business that the need for a CIO diminishes.

Mr Tansley said: “In many respects, the best CIOs will be like good regulators. They will intervene, make structural changes and then find that as a result they are no longer needed. But in many respects, that’s the real opportunity – because as business becomes more information-centric, CIOs will have the opportunity to move on to other senior management roles.”.

Other key findings of the report include:

Even though the CIO role has existed for well over a decade, there is still considerable confusion as to its purpose and contribution which results in companies not leveraging IT to its full potential.

While there appears to be a trend towards greater understanding and appreciation of information and technology within the business, action is required in terms of appointing and empowering an appropriate CIO.

Companies frequently view IT as a back-office function resulting in key strategic decisions being made without the involvement of the CIO (or equivalent).

Where CIOs are effective tends to be in organisations that allow them to use IT as an important strategic driver. Where they are not effective is typically where the CIO is seen as little more than a glorified IT director.