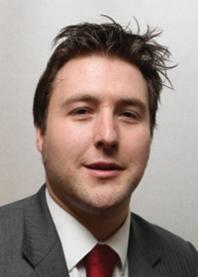 They joined an event hosted by community organisations alliance Citizens:mk and hosted by business advisers KPMG to mark the announcement of an increase in the Living Wage level from £7.65 per hour to £7.85.

After the event, Living Wage supporters went on a short ‘action walk’ to thank and give cookies to employers on Silbury Boulevard who have responded to a recent Living Wage Survey. They are pictured outside the Church of Christ the Cornerstone.

Several of the leading employers in the city have backed the Living Wage campaign. Open University director of estates Alan Burrell said: “We think it is important, as a socially-responsible employer, that all of our staff including contractors are able to provide for themselves and their families. We know that there are potential benefits for the OU too, such as increased motivation and morale.”

Network Rail’s group HR director Richard Doyle said: “Network Rail is committed to obtaining accreditation as a Living Wage employer.  With our corporate headquarters in Milton Keynes, we looking forward to working with Citizens:mk and the Living Wage Foundation because we  see the Living Wage as an important reflection of how we value our employees and all those who work in our industry building a better railway for a better Britain, every day.”

The National House Building Council, whose regional headquarters are at Knowlhill, is already an accredited Living Wage employer. HR manager Saron Summers said: “As an ethical company we believe passionately that people should be paid a fair wage for a fair day’s work. Living Wage is one of the things that attracts talent to NHBC and helps demonstrate to our customers and suppliers that we are a good company to do business with."

The Vital Signs report published by Milton Keynes Community Foundation in October found that 23 per cent of local staff are paid less than the living wage. “ We hope that this will be addressed as the campaign for the Living Wage gains momentum,” said MKCF chief executive Julia Upton.

“Milton Keynes could be the UK’s first Living Wage City. It is a real challenge but having a clear long-term vision helps to focus all of us on what needs to be done.”

After the event at KPMG’s office in central Milton Keynes, Living Wage supporters went on a short ‘action walk’ to thank and give cookies to employers on Silbury Boulevard who have responded to a recent Living Wage Survey.

Campaign leader Debbie Wilson  said: “Gathering this information is vital to our campaign to increase the number of Living Wage employers in MK. We were disappointed that some employers had not responded to our survey, so we went to visit them and ask them why.”

More than half the small firms in the region already pay the Living Wage, said regional Federation of Small Businesses vice chairman Damian Cummins. But paying it should remain voluntary.

“The Living Wage is, and should remain an important inspirational goal for businesses to strive for,” he added. “But it should remain a voluntary goal. “A mandatory Living Wage would pose risks to small businesses in certain sectors. We do know however that small businesses strive to pay their staff what they can afford without jeopardising the future of the business and our research shows that the highest levels of  staff satisfaction is found in  small firms.”

Government can help by reudicing business costs such as business rates and the cost of borrowing, Mr Cummins said.

More than 1,000 UK employers are now accredited as paying the Living Wage. David Wignall, partner and leader of the human resource services team for business advice firm PwC in Milton Keynes and the South Midlands said: “We expect this momentum to only continue as more and more employers are considering implementing a living wage. This should also provide a boost to the government’s tax receipts as income tax receipts have barely changed compared to last year despite higher levels of employment.“