YOU ARE AT: Business MK > News > City’s workers praised as among the UK’s most productive

City’s workers praised as among the UK’s most productive 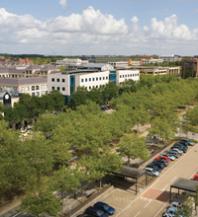 In the Cities Outlook 2016 report published this week, Milton Keynes workers were found to be among the most productive and highly skilled in the UK.

Milton Keynes one of the fastest growing cities in the country and as a result more and more people are moving to Milton Keynes attracted by good employment opportunities and higher than average wages.

It also identified Milton Keynes as one of the highest high wage low welfare cities and ranked it fourth for highest number of business, which means that there will be greater opportunities to find work in these cities.

Milton Keynes Council leader Cllr Pete Marland said: “I am delighted to hear that the hard work of all our citizens and businesses have been recognised in this report.

“It is a city people want to work and live in and one that is increasingly attracting the high levels of skilled people enabling companies to develop and grow.”

The city’s success remains based on a track record of innovation and a strong entrepreneurial culture, he added, as evidenced in the report that praises Milton Keynes having a high number of patents granted.

This follows on from the Small Business Outlook report published last year that ranked Milton Keynes in the top two cities with the highest proportion of small and medium-sized firms in high tech and digital.”

The council’s head of economic development and inward investment Pam Gosal said: “Milton Keynes is a high wage low welfare place which means we can continue to deliver good quality employment opportunities to the many people moving here.

“This also means that businesses moving or starting up in Milton Keynes can feel confident that they can attract the right skilled employees to help them grow and flourish.

“At InvestMK we play a vital role in attracting and retaining companies nationally and internationally, providing crucial information on locations, demographics and support companies into making the decision as to whether to establish or relocate to Milton Keynes.”