YOU ARE AT: Business MK > News > City regions can reap dividends of government’s investment pledge 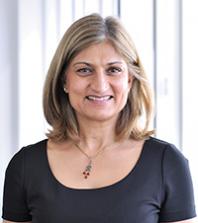 THE CHANCELLOR was able to provide some carefully targeted giveaways to support housing, health, skills and infrastructure while still keeping the budget deficit on a downward path.

However, the investments in the leadership and the capabilities of our great city regions was spot on. This is an investment that can pay off for the future.
For Milton Keynes, we have seen commitments designed to kick-start the house building industry, with one million homes in the Cambridge-Milton Keynes-Oxford corridor by 2050, starting with a housing deal with Oxfordshire to develop 100,000 houses by 2031. These are all welcome interventions.

Nationally, the Chancellor had to walk a narrow tightrope between maintaining fiscal prudence and responding to widespread pressure to ease austerity.

He had to do this while facing significant crosswinds from downgrades in the Office for Budget Responsibility’s economic growth forecasts and consequent increases in projected public borrowing in the medium term that were slightly larger than we had expected.
At first sight, the Chancellor just about managed to keep his balance, although the details will need further scrutiny over the coming days.
The Chancellor was able to provide some carefully targeted giveaways to support housing, health, skills and infrastructure while still keeping the budget deficit on a downward path.

He was helped here by a lower starting point for the deficit this year (around £50 billion rather than £58 billion as the OBR forecast in March) and a reduction of betwen £3.5 billion and £4 billion in future annual borrowing due to English housing associations being reclassified to the private sector by the ONS from this month onwards.
The Budget provided a significant net giveaway in the short term, peaking at just over £9 billion in 2019/20 according to the OBR, but with most of this being clawed back in later years so that the net giveaway fades to a relatively insignificant £1.5 billion in 2021/22.

The phasing of this temporary fiscal loosening, including extra spending on Brexit preparations for the next two years, seems designed to help ease the economy over the difficult transition period to leaving the EU while still keeping within existing fiscal targets in the medium term.
Taking into account the new Budget measures, the OBR is now projecting a cyclically-adjusted budget deficit of 1.3% of GDP in 2020/21, up from 0.9% in their March forecasts but still some way below the Chancellor’s medium term target of 2% of GDP.

The Chancellor’s headroom in meeting this target has been cut from around £26 billion in March to only around £15 billion now, which will leave less room for manoeuvre in future Budgets in the face of potential Brexit-related economic turbulence.

But he was prudent in leaving most of this headroom in place despite the pressures on him to go further in easing austerity.