YOU ARE AT: Business MK > News > City launches its World Cup bid 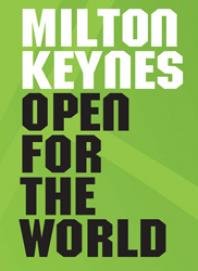 The 88-page document was sent on its way by MK Dons FC chairman Pete Winkelman of MK Dons, John Lewis and Dr Ann Limb of Milton Keynes Partnership, Milton Keynes Council’s director of corporate strategy, leadership and performance Geoff Snelson of Milton Keynes Council and Colin Fox of Milton Keynes Economic and Learning Partnership.
They say that the document makes a compelling case why Milton Keynes should be one of up to 12 host cities if the World Cup tournament takes place in England in 2018.
Dr Limb, who chairs the MK 2018 Board, said: “Everyone has worked extremely hard on our proposal to convince the FA that Milton Keynes is more than capable of playing host to one of the world’s biggest and most exciting sporting events.”
FA officials are due to visit Milton Keynes next week to assess its suitability as a potential venue. During their day-long visit on July 21 they will take into consideration not only the stadium and training grounds for World Cup matches but also other factors such as leisure facilities and transport infrastructure for fans.
Mr Winkelman urged anyone who lives and works in Milton Keynes to join the campaign by  registering their support on the FA’s World Cup 2018 website www.england2018bid.co.uk/hostcity/miltonkeynes
He said: “The fight to put our city on the global map has only just begun. It is now time for our residents to speak up and show the FA that they are as proud of this city as we are.
“We want everyone – football fans or not – to log on and support our bid. We need to show the FA that our residents are behind us and have every faith that we can deliver on this exciting challenge.”
The consortium driving the bid consists of Milton Keynes Council, Milton Keynes Partnership, MK Dons, and MK Economic and Learning Partnership.
Milton Keynes is one of 15 cities that have declared an interest in hosting World Cup fixtures if England’s Bid is successful. The others are: Birmingham, Leicester, Derby, Hull, Leeds, Portsmouth, Liverpool, London, Manchester, Bristol, Newcastle/Gateshead, Nottingham, Sheffield and Sunderland.