YOU ARE AT: Business MK > News > Choosing wrong apprenticeship provider can put employer’s investment at risk 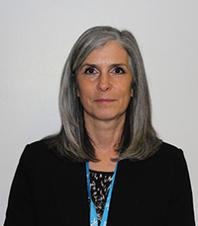 In the past year a number of large commercial providers have gone out of business when they were found to be offering sub-standard apprenticeships “on the cheap.”

“For many employers they see a saving for what appears to be the same training but usually it really isn’t,” says Tracey Matthews, assistant principal for apprenticeships at Milton Keynes College. “What looks like a short-cut can often end up being a dead end.

“For example, we know that some companies are being encouraged to think that apprenticeships can be done in less than the recommended time. The suggested programme durations are there for a reason; primarily they’re designed by employers in the sector to give the “time served” element to ensure the apprentice gains robust knowledge, skills and experience.”

Tracey made her comments as the college launches its Real Apprenticeships campaign.

“We want employers and potential apprentices to realise that the path to these qualifications has been set out so that both sides reap the maximum benefit,” she said.

“Too often we hear from people who have been told they can save a lot of money by skirting round some of the rigorous processes around the way apprenticeships are supposed to be delivered. Too often the net result is poorly trained people without the skills for their chosen career failing to perform as their employer hoped they would.

“It is a false economy.”

The government has thrown its weight behind apprenticeships as a vital tool in the fight to close the skills gap.

Milton Keynes College has a success rate for apprenticeships that is 10% above the national average. 89% of employers say its service met or exceeded their expectations and found the college both easy to deal with and able to find them applicants of the highest quality.

“This is backed by our OFSTED assessment which found our apprentices make good progress and gain the valuable skills employers actually want,” said Tracey. “They also identified that our apprentices gain in confidence while we’re training them and are extremely proud of the standard of their work.”

Supporting the campaign, Milton Keynes North MP Mark Lancaster said: “I am always impressed by apprentices who bring so much to a workforce and the wider economy. The apprentices I met at MK College in March spoke highly of the benefits of “on the job learning”’ as opposed to "being stuck in a classroom at college or uni.”

“Our young people deserve the very best start and cutting corners is most definitely not the answer.”

Tracey adds: “Apprenticeships should be inspiring – they should be life-changing. Apprentices should be able to look back years after completing their training and see how it put them on the path to a fulfilling and productive career.

“Employers should equally feel that the investment of money and time into that individual has given genuine impetus to their businesses. Frankly, this is too important to be done on the cheap.”