YOU ARE AT: Business MK > News > Cheryl Smart to retire as chief executive of Bedfordshire Chamber of Commerce 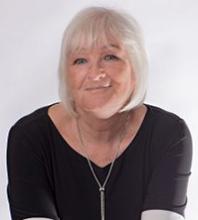 She became chief executive in 2009, the first female CEO in the Chamber’s 140-year history. She joined the Chamber from industry as its head of international trade in 1988.

She became the Chamber’s commercial services manager with responsibility for export, membership, marketing and policy and representation and in 2008 took over as acting chief executive before being appointed on a permanent basis two years later.

She is also a board member of the South East Midlands Local Enterprise Partnership and its SME board champion.

Chamber colleagues described her as a “great advocate for Bedfordshire businesses”.

She has recently overseen a complete restructuring of the company, which is now on a sound financial footing.

A statement from the Chamber this morning (Tuesday) said: “She leaves the organisation at a time of great opportunity for the Chamber movement as whole, and for Bedfordshire Chamber in particular, as ‘better together’ we face the challenges and opportunities imposed by Brexit and other business imperatives.”

Justin Richardson, currently the Chamber’s head of finance and strategic partnerships,  will be appointed as acting chief executive to oversee the transition.

The Chamber statement added: “Cheryl has worked tirelessly for the Bedfordshire Chamber for almost 30 years.  The Chamber team and board sincerely thank Cheryl for her long and distinguished service, and wish her a long and happy retirement.”

Mrs Smart received a MBE for services to business in 2011.  She attended Buckingham Palace for the investiture presided over by HRH the Prince of Wales.