YOU ARE AT: Business MK > News > Charity voices outrage as research funding reduces despite government pledges 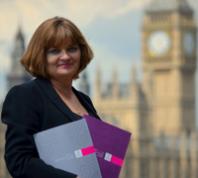 Brain Tumour Research, based at Shenley Wood in Milton Keynes, has described the reduction to only 1.37% of the total national spend on cancer research as “outrageous”.

It is lobbying government for an increase in its annual funding to between £30 million and £35 million.

The NCRI figures will come as a shock to patients, carers, activists, charities, and politicians, as they prepare for a meeting tomorrow (Wednesday) of the All-Party Parliamentary Group on brain tumours.

Brain Tumour Research’s regional PR manager Liz Fussey said: “It is vital that more money is spent on research into what causes brain tumours, how they can be treated and, ultimately, a cure. It is outrageous to think that the amount of money spent on research has gone down.”

A report earlier this year by the House of Commons Petitions Committee stated that “successive governments have failed brain tumour patients and their families for decades”.

Health Minister George Freeman MP had formally accepted the Petitions Committee report, which has been described as “damning”; recognised the “extraordinary call from people for the disease to be given higher priority”; and announced a new Task and Finish working group of clinicians, charities and officials to discuss how to address the need for more brain tumour research.

Among those speaking at the meeting tomorrow will be Petitions Committee chair Helen Jones, MP for Warrington. She said: “The committee will be keeping a close eye on the progress of the working group.

"It seems that the government has not yet accepted some of our important recommendations and has failed to recognise that the complexities of brain tumours mean that they do not always benefit from general cancer research.”

Leading neuro-oncology researcher ProfessorTracy Warr, from the University of Wolverhampton, said: “Funding for research in the UK is desperately needed. Unless we address the huge challenges faced by young research scientists who want to pursue a career in brain tumour research, we risk losing them to overseas research institutes or to other specialisms.”

Brain Tumour Research chief executive Sue Farrington Smith (pictured) has provided the secretariat for the All-Party Parliamentary Group since 2005.
She said: “It was an incredible milestone for the brain tumour community to shine a light on this issue with the unprecedented success of the original e-petition, the Petitions Committee report and subsequent Parliamentary debate.

"But we cannot stop there. We look forward to playing a key role in the government working group to drive the Petitions Committee’s recommendations forward.

“We are calling for the national investment in brain tumour research to be increased to £30-£35 million per annum. Brain tumours kill more children and adults under the age of 40 than any other cancer yet just 1% of the national spend on cancer research has been allocated to this devastating disease.”