YOU ARE AT: Business MK > News > CBI leader calls for new partnerships to tackle downturn 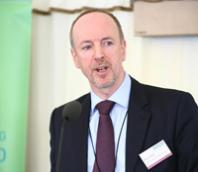 Steve Sharratt, chair of the CBI Eastern Region, was speaking at a debate in London hosted by the East of England Development Agency. He urged business and politicians to work together in a new way.
EEDA organised the debate, which was attended by more than 100 delegates, with the aim of highlighting the region’s position as a key driver of the national economy and demonstrating to the gathered audience the need for increased investment.
MPs, peers, local authority leaders, representatives from big business and regional stakeholders, were joined at the debate in the House of Commons by government minister Pat McFadden, from the Department for Business, Enterprise and Regulatory Reform, and East of England regional minister Barbara Follett.
Mr Sharratt said: “We need a new and vibrant partnership between our businesses, our politicians and our people, so that out of the current economic crisis we can achieve a sense of purpose and direction, which transcends party politics and engages businesses and people to stake our claim in the future of our region.
“Let’s work together in a new way to tackle the challenges differently, to champion our causes and our successes and make the East of England the place we really want it to be, a thriving environment where businesses want to start and grow and people want to live.”
EEDA chair Richard Ellis (pictured) said the region was one of the fastest-growing in the UK and was a major international gateway.
He added: “Yet this region’s potential is restricted due to a relatively poor skills-base and some of the most congested transport routes in Europe. The East of England is also the single most vulnerable region in the country when we consider the potential effects of climate change.
“Our debate was about raising awareness of the economy of the East of England and bringing together some of the region’s key players to assess what more can be done to foster business prosperity at this difficult time.”