YOU ARE AT: Business MK > Growth Debate > Campaign fights train service cuts plan and calls for improvements to Luton station 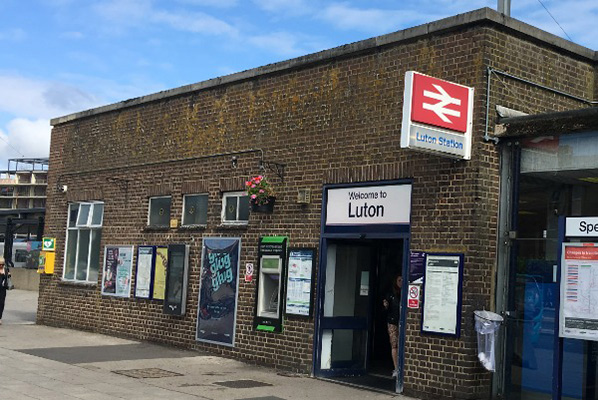 CAMPAIGNERS fighting plans by train operator Govia Thameslink to reduce the number of trains stopping at Luton station have won praise from a senior Luton councillor.

The operator says that proposals to increase services calling at Harpenden are only “practically achievable” by reducing the number of services stopping at Luton.

However, a Facebook group set up by Luton Council’s deputy leader Cllr Sian Timoney calling on Govia Thaeslink to rethink the plan has gained more than 1,200 members in less than three weeks.

Cllr Timoney has praised the efforts of rail users and the wider community in fighting the proposals. The fight has only just begun, she warned, and she has called on more people to make their voices heard on the plans and on the poor state of Luton station.

“We have been sending a very clear ‘no’ to GTR about reduction in services and I am keen that we continue to build numbers so our collective voice is louder and we are in a great position to mobilise in the coming months for long overdue redevelopment of the station as well,” Cllr Timoney said. “These proposals are a bit of a kick in the teeth to our communities.”

Govia Thameslink executives saw Luton station for themselves at a series of consultation events last week.

“I think they were shocked at how poor it really is,” said Cllr Timoney. “ In addition to the rust, mould, cracked walls, broken windows and leaking roof, they got to see at first hand the real struggles for elderly passengers and those with pushchairs and luggage with no lifts at what is one of the busiest stations in the country. They did not see any wheelchair users as the station is effectively inaccessible for them.”

GTR has commissioned works over the next few weeks to fix some of the most egregious problems and to tidy the station up. It is far from the fundamental redevelopment of the station that is required but Cllr Timoney says it is a sign that they are feeling the impact of the campaign.

“While a lick of paint will have minimal impact and does not even go close to addressing the issues at the station, I think it shows that our voices are being heard,” she said. “This is why it is vital that we continue to build numbers and momentum over the coming weeks until we meet with both GTR and Network Rail about options and funding for the expensive redevelopment work which is required.”

Cllr Timoney is due to meet GTR this week and will join rail users and residents to hand out flyers at the station protesting at the plans. She aims to gain a total 5,000 followers on Facebook of the Luton Station Action Group campaign within the next two months and has invited Grant Shapps, the new Secretary of State for Transport, to Luton to see the station for himself.

To join the group find ‘Luton Station Action Group’ on Facebook and select ‘join’, To have your say on the consultation, click here.

Cllr Timoney said: “These proposals are a bit of a kick in the teeth to our communities and I am proud of the passion, resolve and community spirit which I have witnessed in the early part of our campaign.

“Luton is well known for ‘people power’ and our communities are uniting as they do best to show that they will not simply lie down and accept it.”