YOU ARE AT: Business MK > News > Businesswomen prepare for awards 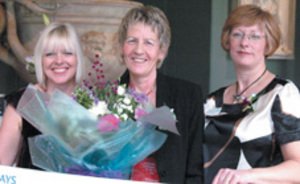 Entrepreneurial women and their business partners/associates from across the county are being encouraged to have their achievements recognised by entering the awards run by the Bedfordshire Businesswomen networking group.

Nominations are invited in a number of categories, which include:

Bedfordshire Business Woman of the year 2008

Working in a community/not-for-profit organisation

Working in a commercial organisation

The Bedfordshire Business Women Awards, now in their 11th year, celebrate the talent, passion, drive and success of the women behind some of the countyâ€™s most innovative and successful businesses.

“Their achievements will hopefully inspire many other women to pursue their business dreams and I would encourage as many people as possible to send in nominations for this yearâ€™s awards.â€

All nominations received will be considered by a panel of judges representing a wide range of businesses across Bedfordshire. The winners will be announced at a special awards lunch on November 19.

The closing date for entries is Friday 31 October 2008. Application forms can be downloaded from the Bedfordshire Business Women website at www.beds-businesswomen.org