YOU ARE AT: Business MK > Lifestyle > Businesses become the stars at Milton Keynes Theatre 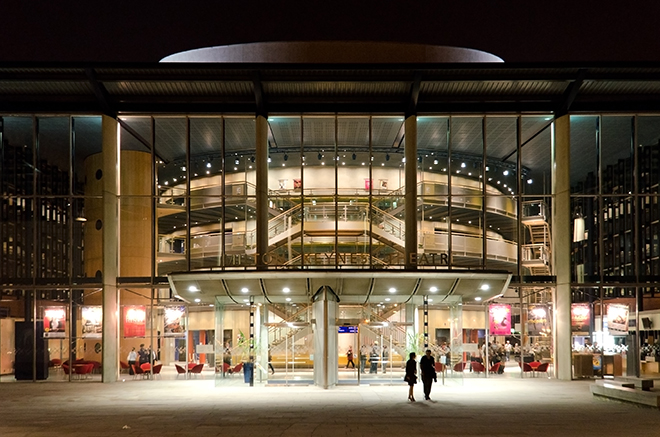 TWENTY years ago on Friday, the curtain rose for the first time at Milton Keynes Theatre.

Now, two decades on, the theatre is preparing to mark its anniversary by turning businesses into theatre ‘stars’.

It is creating a ‘Wall of Stars’ in the foyer. It will be a chance for businesses to show their support for the venue by buying a plaque in the shape of a gold star bearing the company name and become Star Partners.

The theatre has also introduced changes to its exterior, erecting a new sign, relighting the outside of the building and installing double-sided digital screens to give a preview of what is going on inside the theatre.

It has refurbished and upgraded its bars outside the circle and has transformed the Piano Bar, which is reverting to its original name the Garden Room and will house new furniture and a new restaurant.

“Many people are amazed at the size and scale of the shows that we put on here” says theatre director Emma Sullivan. “It comes as a surprise that a town the size of Milton Keynes has a 1500 seat theatre and is a receiving house for, not only, the likes of Glyndebourne, Welsh National Opera and English National Ballet but also many successful West End shows.

“For example Les Misérables earlier this year is a great example of that. And it’s not by luck that we get those shows: they come here because we have the audiences that support them and come out in big numbers. Theatrical producers put Milton Keynes on their venue ‘wish lists’ because of that audience support.”

As for the anniversary day on Friday (October 4) Priscilla, Queen of the Desert will be on stage. Everyone who books a ticket or already has one for that performance will be offered a celebratory glass of bubbly and a slice of cake.