YOU ARE AT: Business MK > Charity > Businesses back YMCA fundraising campaign for new campus 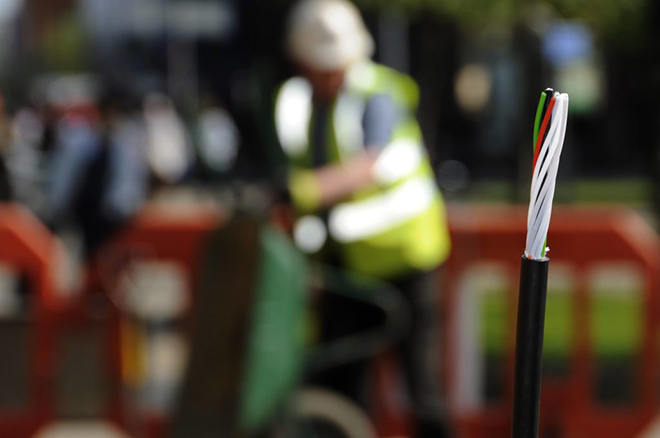 THE COMPANY providing the digital infrastructure across Milton Keynes has become the first strategic corporate partner with the homeless charity YMCA MK.

CityFibre is keen to support the charity’s fundraising campaign to build and equip its new 199-room campus in Central Milton Keynes.

The link-up will provide CityFibre employees with opportunities to engage with young people, offer work experience and to take part in YMCA’s networking, volunteering and fundraising activity.

Jean Gowin, CityFibre’s city manager in Milton Keynes, said: “By becoming the YMCA MK’s first strategic corporate partner, CityFibre is able to further demonstrate its long-term commitment to both the city and its people.

“With our £40 million full fibre build in progress across Milton Keynes and the new campus in build, it is a busy time for the city. We are proud be part of the YMCA MK journey, working with the team to help support young and vulnerable people.”

Social housing is a challenge across Milton Keynes. Rocketing rent levels and a lack of available suitable property has resulted in Milton Keynes being labelled the youth homelessness capital of the UK by the Bureau of Investigative Journalism.

YMCA MK chief executive Simon Green said: “We are delighted to welcome CityFibre as our first strategic corporate partner. Together, we will use our voice to raise awareness of the youth housing crisis in Milton Keynes and to inspire our young people to reach their full potential.”

THE BACKING of a high-profile organisation in the city is vital in the fundraising campaign by YMCA Milton Keynes for the development of its new campus, says its chief executive.

The charity has been chosen as the charity of the year by Xscape Milton Keynes. It has also announced a three-way partnership involving the MK Festival of Running for 2020.

Xscape has supported the MK Festival of Running for more than ten years and believes that the partnership between the event and the charity will give the YMCA MK project a greater reach and an increased level of support.

“We are offering a bold solution to the youth housing crisis right here in Milton Keynes and to have the backing of organisations such as Xscape MK is vital for us to succeed,” said YMCA Milton Keynes chief executive Simon Green. “We are excited about our partnership and the benefits it will bring to our young people.”

The MK Festival of Running takes place in March next year and organisers have already set up a donation link on their website for entrants to make a voluntary contribution to YMCA MK when they sign up.

Xscape will also have collection buckets for the charity at their annual free Santa’s Grotto this Christmas which will open in November.