YOU ARE AT: Business MK > News > Businesses are unprepared for EU ‘Brexit’, warn advisers 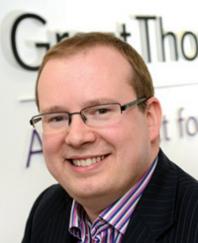 The survey of UK business leaders, including a proportion from Milton Keynes, was carried out following the package of reforms negotiated by the Prime Minister and found 65% of businesses would vote to remain in the EU.

The response was similar across firms of all sizes with 60% of small businesses, 61% of medium sized businesses and 76% of large businesses favouring staying in the EU.

When asked about the effect of a possible Brexit, almost half (48%) of respondents believed it would have a negative impact on growth and jobs in their business; 38% thought there would be no change; 10% believed a Brexit would have a positive impact; and 7% remained unsure.

Grant Thornton’s survey also found the majority of companies are largely unprepared for a possible vote to leave the EU with almost two thirds (65%) stating they have done no planning at all.

Giles Mullins (pictured), a director at Grant Thornton in Milton Keynes, said: "With the package of reforms now agreed, the date of the referendum firmly set and both sides of the debate campaigning in earnest, organisations need to start considering the scenarios that could play out once the dust settles and the votes are tallied.

“While it is clear how Milton Keynes business leaders would vote personally, our research shows the majority of local companies would be poorly prepared if the referendum results in a Brexit.

“We recommend local businesses of all sizes carry out an impact assessment for Brexit that considers different scenarios and works through how each might affect the operations of the firm.”

Grant Thornton’s research also found almost half (47%) of respondents felt a vote to leave the EU would make it more difficult to export goods and services or operate in the EU, while 32% said it would hinder their ability to access the skills they need.

Mr Mullins said: “In our role as a ‘critical friend’ to local businesses, we urge them to take action now.

“While there is a lot of uncertainty about what the UK’s relationship with the EU would be if the referendum results in a ‘leave’ decision, identifying the ‘known unknowns’ that might affect your business is an important step in being prepared.”