YOU ARE AT: Business MK > Coronavirus > Business, you are a major stakeholder in our future

Business, you are a major stakeholder in our future 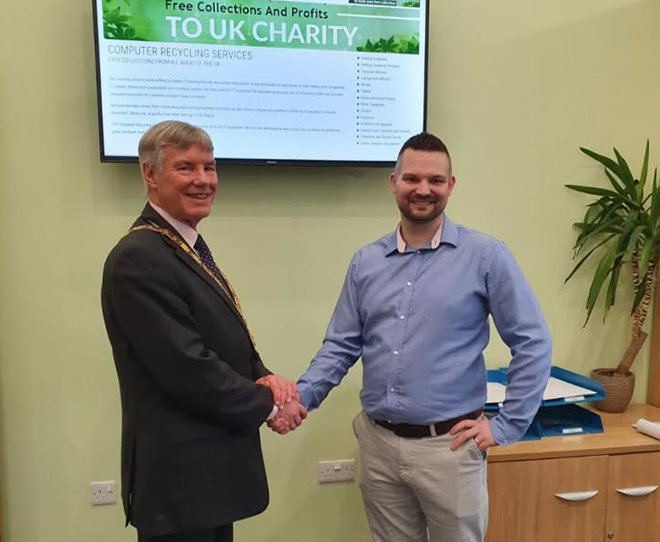 Business rates, infrastructure investment and affordable homes: Milton Keynes Mayor Cllr Sam Crooks assesses the impact of the Budget earlier in March on the borough and urges business to play its part in the area’s future.

﻿AS I write, coronavirus is closing in. My wife, who is French, is in Paris where the government has closed all restaurants, sports and cultural centres, and non-essential businesses. Only groceries, pharmacies, petrol stations and public transport may keep going.

My daughter, in New York, is also confined to home at the request of her employer but at least enabled to work electronically.

So it was heartening that the Budget last month made so unambiguous a commitment to do whatever it takes in Britain both to prepare for what is coming and to mitigate its impact on businesses. Among other measures, a £500 million hardship fund will be allocated to local authorities including Milton Keynes.

Businesses eligible for Small Business Rate Relief would previously receive a one-off £3,000 cash grant, now increased to £10,000. The retail discount has been increased from 50% to 100% in 2020/21 and expanded to include leisure and hospitality businesses.

Annual business rates bills have already been prepared and posted but the council will issue revised bills where necessary. We will ensure that measures are put in place not to take payment where 100% relief now applies. Also announced in the budget was a fundamental review of business rates, to report in the autumn.

A capital investment of £640 billion is to be made in road, rail, housing and broadband projects over the next five years, with more detail provided in a national infrastructure strategy due to be published in the late spring. But behind the initial headlines the devil is often in the detail that comes later.

We know already, for example, that the plans for an Oxford Cambridge Expressway have been paused while further work is undertaken on other potential road projects that would support the Oxford Cambridge Arc including, according to Highways England’s website, “the alleviation of congestion around major economic centres such as Milton Keynes”.

A further investment is to be made in the Affordable Homes Programme. The definition of “affordable” in the rental sector is that homes should cost no more than 80% of the average local market rent. To buy houses, mortgage payments on the property should be more than would be paid in rent on council housing but below market levels.

But this does not reflect the situation in Milton Keynes where local salaries and wages can no longer realistically cover accommodation costs.

A Treasury announcement the day after the budget confirmed that the proposed Milton Keynes East development of 5,000 houses is to go ahead, supported by £94.6 million for 105 hectares of employment land, a primary school, a health centre, a number of roads and a new bridge across the M1. How the council handles this development will be very significant – it is in effect the first element of the projected expansion of Milton Keynes to 2050.

I return – without apology – to a well-worn theme. These and many future developments will hugely impact local companies. The business community must establish itself as a major stakeholder in the debate about the future of our city.