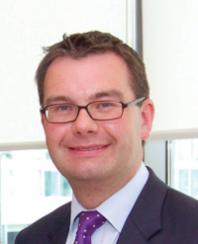 The government has included the project, to reopen the railway line initially between Oxford and Bedford and ultimately to Cambridge, in its National Infrastructure Plan.
Chancellor of the Exchequer George Osborne made the announcement during his Autumn Statement to Parliament last week. Now the EWR Consortium, made up of local authorities and private sector businesses has begun work with Network Rail, the rail industry and the Department for Transport to ensure the conditions are met by spring next year and to move forward with planning and delivering the railway. The line could open in 2017.
Work will progress subject to two conditions:
Ministers see EWR as a key part of the infrastructure required to create economic growth, jobs, and new homes. Campaigners say the line will create 12,000 new jobs, support up to 70,000 new homes and reduce journey times to major centres.
Milton Keynes South MP Iain Stewart (pictured) established and chairs the All Party Group on East West Rail. He said: “I am delighted that the Chancellor has recognised how vital the East West Rail Line is in stimulating economic growth in our region. As a long-standing champion of this project, I am thrilled that we could see trains running on this line by 2017.”
Dr Ann Limb, who chairs the South East Midland Local Enterprise Partnership, added: “Being able to travel by train from Oxford through Bicester to Milton Keynes and Bedford opens up massive opportunities for economic growth and prosperity across our area.
“This is fantastic news for people jobs and communities across the South East Midlands. Connecting our key towns and rural communities is an essential pre-requisite to the private sector-led growth our local enterprise partnership is championing.”
Buckinghamshire County Council leader Martin Tett described the Chancellor’s announcement as “a fantastic vote of confidence in this region.”