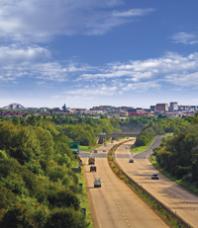 The city has ranked 14th out of a total 39 cities in an index that uses measures defined by the public and business as key to economic success and well-being.
The 2013 ‘Good Growth for Cities’ index, produced by PwC and think tank Demos, reveals that Milton Keynes is above average in the income, heath, owner occupation and environment categories, and is in line with the UK average for jobs, work-life balance, transport and skills.
Milton Keynes did not perform as well in the sectoral balance of its economy and affordable housing.
Now in its second year, the report also analyses Local Enterprise Partnership areas in England. Milton Keynes is in the South East Midlands LEP area, which ranks above the UK average on the index and is positioned at 17 out of the 39 LEPs included in the study.
The report also finds that some of the UK’s medium-sized regional cities rank higher than they would in tables based on economic size alone – usually dominated by London, Birmingham, Leeds and Manchester – contrasting public and expert views on what makes a city attractive.
The largest cities favour less well for ‘good growth’ due to challenges with transport congestion, housing affordability, income inequality, and other quality of life indicators.
The index results show that above average cities for ‘good growth’ all perform well on the job, income and skills measures in the report. By contrast, with the exception of London, cities which rank lower in the index score comparatively well on housing affordability and work life balance but less well for jobs, income and skills.
Mike Robinson, senior partner at PwC’s Milton Keynes office, said: “It’s great to see Milton Keynes performing so well in this national index of cities. For those living and working in the city, it is clear to see that the Milton Keynes economy is gathering real momentum. We are in a national growth area, the unemployment rate is below the national average, inward investment remains buoyant and there is a growing sense of business confidence.
“Continued good growth is in everyone’s interest. And to support good growth we need good jobs, ones that give satisfaction, pride in doing good work, meaning (such as contribution to the community), an opportunity for career progression, flexibility (work-life balance) and income sufficient to live on.
“Looking ahead, it’s important that Milton Keynes has a growth plan that’s linked to distinctive local assets, built on a clear vision of its selling points.
"Competitiveness is coming down to not just how cities attract financial investment, people and skills, but speeding up their response to changing business, resident or investor requirements.”