YOU ARE AT: Business MK > News > Business rates: campaigners must propose a viable alternative 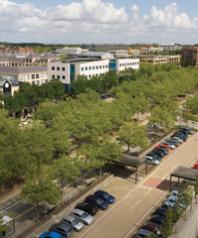 Graham Heilbuth, associate director of rating for the M1 Corridor at commercial property specialist Lambert Smith Hampton, said: “Calls to abolish the rating system are understandable but they will carry little weight with ministers unless a viable alternative is proposed.”
He was speaking after publication of the BIS Committee’s report into the prospects for the UK retail sector. It said that business rates in their current form are not fit for purpose and calls on the government to carry out a wholesale review of the rating system.
The committee suggests that the review should assess if retail taxes should be based on sales, rather than on property, and if the retail sector should have its own form of taxation.
Mr Heilbuth said: “Rates currently yield £26m in taxation towards local services.  Without rates on business properties, which are relatively easy to identify and collect, an alternative form of local taxation would be required.  For this reason, the government will be reluctant to abolish the system.
“The government’s decision to delay a revaluation until 2017 and the imposition of empty rate charges, which have been in place since 2008, represents a double whammy for the property industry.  By the time of the next revaluation, demand will outstrip supply and rents will rise in some prime locations.”
Polarisation between prime and secondary commercial space will see an overall shortfall in the overall rateable value pool, he added, which would force the government to significantly increase the Uniform Business Rate potentially above 60p.
Lambert Smith Hampton proposes a five-point plan for reform:
Mr Heilbuth said: “The key ingredients are: growth, reduced costs, fairness and self-determination for the ratepayer.