YOU ARE AT: Business MK > Growth Debate > Business must promote city’s vision of the future

Business must promote city’s vision of the future 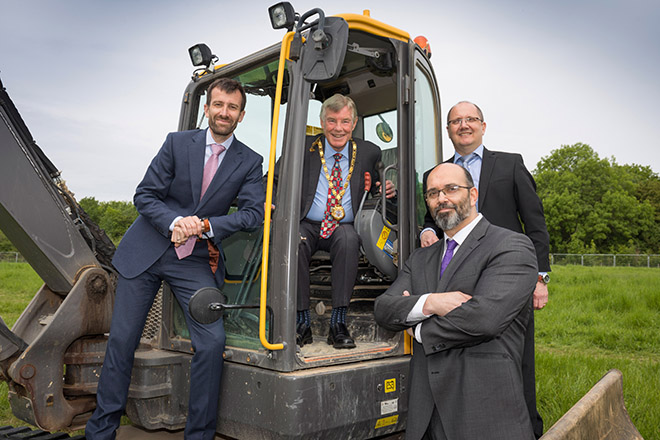 Milton Keynes is set to almost double in size in the next 30 years. Its Mayor Cllr Sam Crooks is calling on the city’s business community have its say on the plan for future growth as a major consultation gets under way.

BY 2050 there could well be more children studying in Milton Keynes’ schools than there will be in Manchester. That’s the scale of the challenge that, before the general election, the government was encouraging the council to undertake as part of our contribution to its proposed Oxford-Cambridge knowledge arc, Britain’s Silicon Valley.

There isn’t yet final agreement on the precise target figure and completion date and the new government may revise its current strategies.  But that the city has to grow is widely accepted.

60% of the new houses and flats to be built will be for the children of families already here. Around 112,000 such units in all are planned, 70% of which may be constructed within the Milton Keynes borough area and the reminder in Central Bedfordshire, South Northamptonshire and Aylesbury Vale.

A major public consultation is planned for the New Year. We will have a number of resident and organisational responses. I hope that local businesses will also respond in detail.

In one sense we are building Milton Keynes all over again. But in another that is exactly what we must not do.  Businesses must say what they believe has worked in present-day MK, and what has not. They must spell out the threats to our continuing prosperity.  They must propose how the city can be future proofed up to the end of the century.

But above they must promote a vision for our future.

“Make no little plans” said Daniel Burnham, the American architect. “They have no magic to stir men’s blood. Aim high. Make great plans. A noble city will never die but live long after we are gone. For in it our children and grandchildren will do things that would stagger us”

That is what we must do.

There is another reason why business must make its views known on these issues.

Currently Milton Keynes Council’s income is derived mostly from council tax, government rate support grant and some 50% of the business rates we collect locally. After 2020 that will change.

Rate support grant will be phased out and, to compensate, the proportion of business rates retained by the council will rise to 75%.

Businesses don’t have votes so the council is anxious to establish as effective a consultative mechanism as possible in recognition of this enhanced contribution that local companies will be making to its finances.

The resurrected Skills and Growth Board is a step in this direction.

Essential to any effective consultation must be a genuine desire to listen on the part of the council. I am a ceremonial Mayor with no executive powers but I am told things and I pass messages back.

Among the issues thought to be inhibiting us are:

These issues are not new to the council and we are trying to address them. But I return to my main point: we are most likely to be successful in doing so when business and the council work in partnership.

So tell me what you think. sam.crooks.mkc@gmail.com