YOU ARE AT: Business MK > News > Business joins the fight against terrorism

Business joins the fight against terrorism 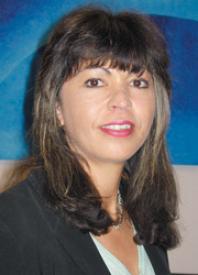 Project Griffin will train staff to spot suspicious activity which could range from a dubious package arriving in the post to vehicle-based incendiary devices and suspicious packages.
Thames Valley Police say business has an important role to play in combating the terrorist threat and plans to outline Project Griffin to more than 100 senior management in Milton Keynes.
The launch takes place on September 3 at a Project Griffin Awareness Day at Kents Hill Park Training & Conference Centre. The new campaign follows the counter-terrorism initiative Project Argus, launched in 2004 and aimed at businesses most at risk from terrorist attack. It will highlight how to spot suspicious packages in the mail, chemicals, vehicle-based incendiary devices and even suicide bombers.
Hosted jointly by Thames Valley Police and Milton Keynes & North Bucks Chamber of Commerce, the day is aimed mainly at security personnel. However, it is also relevant for any staff working within the business sectors of the local Milton Keynes community.
The Awareness Day covers topics including:
The day is accredited by Thames Valley Police and Skills for Security, and a Certificate of Attendance will be provided and recorded by Skills for Security for future reference. Project Griffin is seen as a partnership initiative bringing together all sectors of the community to work jointly against the threat of terrorism within mainstream society.
Milton Keynes & North Bucks Chamber of Commerce chief executive Rita Spada (pictured) said: “It is vital in this day and age that we have a joined-up approach to fighting terrorism and empowering the local business community to recognise and report any suspicious activity to the right authorities is an important step.
“Building trust and opening up communication channels between businesses and the police is fundamental to the creation of a safer and secure environment for both the business community and the public at large.
“Project Griffin gives us this channel and I hope that companies within Milton Keynes engage with the scheme and attend the Awareness Day.”
To attend the Project Griffin Awareness Day on September 3, telephone the Chamber on 01908 259000 or visit www.mk-chamber.co.uk.