YOU ARE AT: Business MK > News > Business hits out at government’s West Coast Main Line U-turn 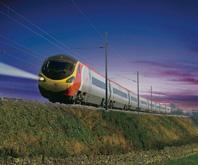 The company had beaten current operator Virgin Trains to win the 13-year franchise.
The West Coast route, which includes services from Milton Keynes Central station, serves 31 million passengers travelling between London, the West Midlands, the north-west of England, North Wales and Scotland.
The decision, announced today, has brought stinging criticism from business leaders, who say it is another example of bungled government procurement.
Cheryl Smart, chief executive of Bedfordshire Chamber of Commerce, said: "The West Coast Main Line is one of Britain’s most important business corridors and companies in cities up and down the country will be concerned that this situation could affect both current services and future investment in critical passenger services.
"When this government arrived in office, it promised longer and more stable rail franchises that would deliver value for money and improved services to users and taxpayers.
“Ministers must now act swiftly to ensure that investment in the railway network, which underpins investment in our cities and towns, does not suffer as a result of their decision to re-run the competition for this crucial franchise.
"More broadly, mistakes in rail franchising are indicative of a bigger problem across Whitehall, which has bungled major procurements for years.
“Procurement mistakes and problems increase risk for companies, threaten jobs, and harm Britain’s reputation as a destination for inward investment. Britain needs procurement professionals across government with the same level of skill and ability as their counterparts in the private sector."