YOU ARE AT: Business MK > News > Business fraud rises by 40% 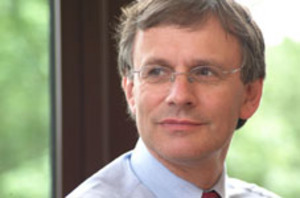 Shoosmiths commercial litigation partner John Hill spoke out after a recent survey by accountants BDO Stoy Hayward revealed a 40% increase in reported business fraud in the UK last year, which took the total sum lost to around Â£1.37 billion.

He said that size was no protection for companies when it came to fraud.

“Employee fraud is now one of the largest problems that UK businesses have to face, and the problem is escalating. Some of the most vulnerable sectors are recruitment, where we have seen many cases of temporary workers falsifying timesheets, as well as IT, where there have been problems with wholesale fraud.”

Mr Hill (pictured), a partner in the national law firmâ€™s Milton Keynes dispute resolution unit, highlighted the case of an IT company which uncovered a wholesale fraud where one of its distributors was fabricating sales figures and claiming rebates, which amounted to company losses of more than Â£1 million.

He also cited the recent discovery that construction giant Alfred McAlpine had been defrauded to the tune of around Â£23 million.

Mr Hill said there was a definite trend towards companies taking direct legal action against fraudsters after falling victim to scams such as â€˜ghostâ€™ employees appearing on their payrolls, bogus invoicing and account manipulation.

He added: “Surveys have identified a staggering increase in reported business fraud. Last year it equated to around Â£3.75 million a day and is probably only the tip of the iceberg, as the vast majority of business fraud is not reported to the police.

“I advise our clients to act quickly in terms of gathering evidence. It is important not to alert the fraudster to the fact that you are on their trail until you have sufficient evidence in place. As soon as the evidence is available, it is then a matter of taking a very robust approach. A direct threat of legal proceedings frequently leads to a successful outcome with some sort of recovery.”

Mr Hill said there was no right answer for the best tactic to recover lost funds. Each case merited a different bespoke solution but often the civil route as opposed to a criminal prosecution resulted in a quicker recovery and allowed the client involved to have more control over the process.

He set out a key strategy for businesses to stop themselves falling victim to fraudsters, including creating an anti-fraud culture where whistle-blowers were happy to come forward.

Companies should tighten internal procedures to clarify the amounts that have been claimed from them and keep electronic evidence. They should also be proactive with regular checks, particularly for â€˜ghostâ€™ employees and contractors.

Mr Hill said: “At the outset of fighting fraud within the business arena, companies may find that on a case-by-case basis they incur costs that outweigh the current value of the fraud. We believe however, that what you are really investing in is the message to fraudsters and potential fraudsters, that fraud of any level will not be accepted. It is particularly the case for recruitment agencies that tend to have a low value, high volume problem. If a business has a reputation for zero tolerance, it is likely to deter the opportunistic fraudster.”