YOU ARE AT: Business MK > Finance > Business calls for clarity over public finances 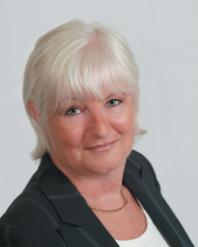 More than three-quarters of companies said they believed the government had so far failed to present an appropriate strategy explaining how they will restore the UK’s finances to health.
The results of the latest Chambers of Commerce Monthly Business Survey from 400 companies also revealed that, despite commitments to increase lending, businesses still face real difficulties accessing finance.
Only 6% of firms thought credit was easier to get hold of over the last three months, while a fifth said access had worsened.
The key findings from the survey include:
Bedfordshire & Luton Chamber of Commerce deputy chief executive Cheryl Smart (pictured) said: "It is clear the government has more to do if businesses are to be convinced there is a comprehensive strategy in place to improve the dire state of the nation’s finances.
"What is particularly concerning is how few businesses are reporting improvement in access to finance. If the banks do not grasp the nettle and start lending effectively to the private sector they will simply be playing a part in prolonging this downturn.
"Banks have a responsibility not just to lend, but to lend to the wealth creating sectors of the economy."