YOU ARE AT: Business MK > > News > Business builds links with Poland 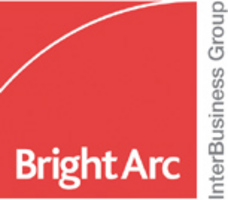 The Central Eastern Europe Initiative is working to facilitate trade between British and Polish companies by providing advice on researching potential markets and organising escorted visits.

The initiative, based at the Business Competitiveness Centre in Luton, is the result of partnerships between organisations experienced in working with the UK and Polish business communities. Its lead partners are the European Partnership for Regional Development and business consultancy BrightArc.

CEEI works with Chambers of Commerce in the UK and Poland, the Polish government, trade associations and business groups to help companies looking to export.

Polandâ€™s population of 38.6 million is one of the most highly educated in Europe. The number of multilingual Poles is increasing, a significant percentage of its people have university degrees and Polandâ€™s industrial productivity is growing faster than many of its European neighbours.

Steve James, BrightArcâ€™s head of commercial development, said: “The generally high quality of Polandâ€™s production output and its relative geographical proximity to the UK and Europe represents a real alternative to the Far East for the manufacturing sector.”

Several foreign firms had opened assembly plants and those in other sectors, such as call centres, hotel and leisure chains and those requiring quality foodstuffs and construction materials were benefiting already.

Mr James said: “One should consider the savings as well as the gains to be made. A typical flight to Poland takes around two hours and costs a fraction of a flight to China. Many of our clients conduct meaningful and productive meetings in Poland without the need for an overnight stay.

“What is significant too is that red tape and overly bureaucratic trading laws are reduced greatly by Polandâ€™s membership of the European Union since 2004.”

The CEEI has strong contacts among suppliers and manufacturers of construction grade timber, wood flooring, marble, furniture, windows, plastic mouldings and electrical connectors. It also has close ties with the Polish agricultural sector and can help companies looking to outsource their manufacturing production.