YOU ARE AT: Business MK > News > Budget view: NIC cut will give firms confidence to invest

Budget view: NIC cut will give firms confidence to invest 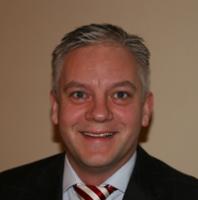 Philip Blackburn (pictured), tax partner at George Hay chartered accountants in Biggleswade, said: “While we were not expecting anything major from this Budget, the £2,000 reduction in employer NICs is a surprising, and welcome, measure.
“Not only will it take 450,000 SMEs out of employer NICs, it will give them the confidence to invest in their businesses.
“Further measures such as the extension in the CGT holiday for Seed EIS investments should also encourage investment in SMEs, while families will welcome the raising of the Income Tax threshold to £10,000, putting extra cash in their wallets.
Chancellor  George Osborne’s headline announcement was that £2,000 will be taken off employers’ National Insurance bills from April 2014, meaning that 450,000 SMEs will no longer be required to pay Employer National Insurance.
Against a backdrop of a downgrade in the economy – the growth forecast was cut to 0.6% in 2013, from a predicted 1.2% in December – Mr Osborne labelled the Budget as a package for an “Aspiration Nation.”
Other measures introduced to help businesses included a reduction of 1% in the top rate of Corporation Tax to 20% in 2015, while shares traded on growth markets like AIM will be exempt from Stamp Duty.
Furthermore, the Chancellor announced a commitment to extending the Capital Gains Tax holiday for the Seed Enterprise Investment scheme, and tax relief for social enterprises.
Tax allowances were also offered on shale gas fields and ultra low-emission cars.
The biggest announcement for families was the Income Tax threshold being raised to £10,000 in 2014 – a year earlier than planned – while the government is also introducing a 20% tax relief on childcare vouchers up to £6,000 per child from 2015.
In an effort to get the housing market going, the Budget also laid out a new “Help-to-Buy” scheme, introducing interest-free loans of up to 20% of the value of new-build properties, and bank guarantees underpinning £130 billion of new mortgage lending for three years from 2014.