YOU ARE AT: Business MK > News > Budget view: Help to buy scheme will boost local economy 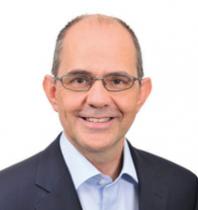 In his Budget statement, the Chancellor has announced government-backed Shared Equity Loans to cover up to 20% of the value of a new home for all buyers.
He also unveiled radical changes to National Insurance Contributions by small businesses in a bid to create jobs.
Mike Robinson (pictured), senior partner at PwC in Milton Keynes, said: "Bearing in mind the economic and fiscal constraints, this was a positive budget for the region. Some innovative and hopefully growth-inducing measures were announced and it is hoped that Milton Keynes businesses will benefit from these.
“In particular, the annual £3bn increase in capital spending from 2015-2016 could help to fund further infrastructure investment in the region and the Chancellor also voiced support for Lord Heseltine’s recent recommendation to create a Single Local Growth Fund, which should allow further devolution of decision-making powers to Local Enterprise Partnerships  and help drive growth in the Milton Keynes."
On the ‘help to buy’ scheme, PwC analysts say it could have a major boost on the Milton Keynes housing market.
Gary Telford, tax partner at PwC in Milton Keynes, said: “This is potentially a game-changing development for the Milton Keynes economy, which could add a significant amount of sparkle to the housing market although we will have to wait and see what the impact will be on the secondary market. The move will be a significant boost to the construction sector and help to create more jobs.”
Richard Threlfall, head of infrastructure, building and construction at fellow business advisers KPMG, added: “The Chancellor’s ‘Help to Buy’ scheme looks like the perfect “get out of jail” card. It is a bold move, perhaps a desperate one, but one that will be undeniably welcome by the beleaguered construction industry.
“The government has finally recognised that housing might offer the fastest acting pain relief for our economic woes and, perhaps despairing of local authorities to be proactive in supporting new house building, has decided to focus stimulus on demand.
“By opening the scheme to all buyers of new-build houses up to £600,000 in value, the Chancellor has thrown the UK house building industry a new lifeline. Ultimately, the construction industry and all trades that support construction of new houses in the UK will benefit from the new scheme.”
Mr Osborne also announced plans to cut the National Insurance Contributions tax bill payable by employers in the region by £2,000 each year .
According to PwC, this will mean that hundreds of small businesses in the region will pay no NIC at all. It will also incentivise job creation at a key time.
Mr Telford said: “Many small businesses will have no NIC to pay at all and come at a vital time, when job creation is needed in order to stimulate positive GDP growth. This measure should boost business growth and no doubt we will see positive results sooner rather than later.”
Reducing the headline rate of corporation tax further – down to 20% from April 2015 – also sends the right message to Milton Keynes businesses and will help to position the UK as a more favourable destination for inward investors.
“It is a significant achievement to get the corporation tax rate down to what is officially the lowest rate in the G8,” said Mr Telford. “We should not ignore the importance of this to the region, where many business success stories are internationally-owned, backed by companies that have considered the UK’s tax and regulatory framework when deciding to go ahead and invest here.”
Gary Telford, on personal tax allowances: “News that the personal allowance for income tax will rise to £10,000 in 2014 is good news for the regional economy. An increased personal allowance will provide additional incentives for people to enter the workforce, which will stimulate growth and further economic recovery.
On the employee owner status initiative: “The changes announced to the employee owner status initiative, including the introduction of income tax relief for employee shareholders, will go some way to make the scheme more attractive to local companies. However, the introduction of the initiative has been put off until September 1 2013."
On fuel duty: “Cancelling September’s fuel duty rise is a measure that has been long awaited and will undoubtedly help boost economic recovery.  Businesses and individuals in the region are likely to remain mobile, which will do more to stimulate growth in the short-term. The 13p savings per litre will also benefit the pockets of those most affected.”