YOU ARE AT: Business MK > Finance > Budget must help smaller firms 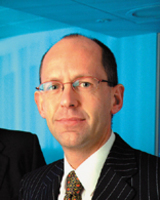 Richard Watson, head of tax at KPMG, urged the Chancellor to concentrate on simplicity and certainty.

“With economic conditions getting tougher, now is the time for the Treasury to act in helping ensure the UK is a great place to do business,” said Mr Watson (pictured). “In the run-up to the budget, we would urge the Chancellor to focus on simplification and certainty."

The proliferation of tax law is a major issue for all businesses in the UK but it is one which affects smaller companies disproportionately hard for two main reasons.

"The first issue is the ‘law of unintended consequences’ – legislation designed to tackle a particular issue can often end up affecting lots of other areas,” Mr Watson said.

“The second is that tax law tends to affect all companies in the same way regardless of size but the larger companies usually have more in-house expertise to help them through the minefield of legislation."

The lack of certainty around tax is another issue that needs to be addressed in the Chancellor’s speech, said Mr Watson.

"Recent announcements and subsequent amendments to proposals around the capital gains tax rules and the tax regulations surrounding non-UK domiciled residents have received an extremely negative response from business. And we still don’t have the final legislation.

“This leaves businesses operating in the dark – a position they find extremely uncomfortable, and also leaves them feeling uneasy about what future changes might be introduced without prior consultation..

“While these are fairly extreme examples, they are not isolated incidents. It’s important for business to know where it stands and to be confident that a decision based on today’s environment will still make sense tomorrow. If the rules keep changing, it’s almost impossible to keep up."

There was considerable uncertainty around the shape of likely proposals to reform the way in which British companies’ foreign profits are taxed by the UK authorities, Mr Watson added.

Mooted proposals issued in a discussion document in June last year have proved to be one of the most talked-about developments in the corporate tax world in recent memory.

Exchequer officials have met with representative bodies, advisers and individual taxpayers and are still inviting real examples of where proposals could cause issues.

Mr Watson said there was a realistc chance of an update in the budget and expects a further consultation document to be published on budget day or shortly thereafter.

BACK in December the Chancellor declared that "sustainability that will be at the heart of the next budget". Areas likely to see changes are around employment taxes, company cars and travel.

Changes to the Authorised Mileage Allowance Payment scheme – which allows employees to claim up to 40p/25p per mile tax-free when using their own car for business mileage – would not be a surprise, Mr Watson predicts.

The government have been consulting on this area for some time and in the 2007 Budget said: "The government will consider the case for changing the structure of AMAPs to align the tax and NICs treatment and ensure that the rates and thresholds are set at an appropriate level to promote environmentally friendly business travel."

Mr Watson said: "It’s not clear what changes the government might make in this area but a higher rate for lower mileage, combined with a lower rate for higher mileage has been suggested."

Looking at travel more widely, KPMG notes that there is currently no income tax or NIC payable where an employer offers free or subsidised work buses; subsidies to public bus services; cycles and safety equipment made available for employees; workplace parking for cycles and motorcycles.

Mr Watson said: "We would like to see the green transport options broadened to include all forms of public transport so that an employer could make using public transport at least as attractive as driving to work."

According to KPMG, the Chancellor could take the opportunity in this budget to make working from home more tax-efficient. Currently employees can be paid up to £104 per year towards the additional household costs incurred by working at home without supporting evidence of the costs. Any additional payment requires that evidence is obtained and retained.

The extra administrative burden discouraged both employer and employees from being willing to claim more but the £104 payment wasnot significant enough to encourage home working, Mr Watson said.

By increasing the level of tax free payments available without additional evidence, the government could make it easier to encourage employees to choose to work from home.

Mr Watson said: "Where green issues are concerned, there are currently more sticks than carrots. The more people feel that they are already paying for climate change through a multitude of taxes, the less incentive they will have to be proactive.

“So for each increase in tax on a bad behaviour that the budget includes, we would like to an equal reduction for good behaviour."