YOU ARE AT: Business MK > News > Budget earns positive reaction from business 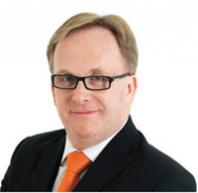 Mike Hayes (pictured), tax partner at chartered accountants Kingston Smith, welcomed Chancellor of the Exchequer George Osborne’s decision to reduce the rate of corporation tax by three per cent over the next two years, coupled with the 5pc reduction in the top rate of income tax and the government’s plans to invest in infrastructure.
He added that the Milton Keynes area in particular will benefit from government plans to encourage research and development through reduced tax on profits from intellectual property.
“Making development of intellectual property attractive is key,” Mr Hayes told an audience of more than 100 businesspeople at DeVere Harben House in Newport Pagnell. “This is a move to encourage businesses to either move to or stay in the UK.”
He was speaking at a seminar organised by Milton Keynes & North Bucks Chamber of Commerce assessing the implications of the Budget.
The Chancellor’s decision to cut corporation tax to 23pc on profits of more than £1.5 million along with other tax reliefs was important in keeping the UK globally competitive, Mr Hayes said.
“The changes to corporation tax and other reliefs actually make the UK a really good place for business to come to. It is really good for places like Milton Keynes, which has a lot of IP and academics – particularly Cranfield University.”
Milton Keynes South MP Iain Stewart told the audience that the budget showed that the government remained on course in its plans to reduce the budget deficit.
He said: “It is vital for our international rating that we stick to this course. If we do not, the consequences for the economy are very bleak indeed.”
The corporation tax cut meant that the UK now had the lowest rate of the G7 nations and the fourth lowest in the G20 leading economies.
“In the international global business market that is absolutely essential,” Mr Stewart said. “This is a very positive Budget for business.”
Reducing the top rate of income tax to 45pc was “courageous”, he added.
However, the reduction in revenue to the Exchequer would be more than offset by changes to stamp duty and reduction in other allowances.
Mr Stewart also welcomed government plans to invest in the nation’s broadband infrastructure.
“That is an absolutely key part of our future growth,” he said. “This budget will be regarded in future years as very significant in terms of investment in infrastructure so that we can do business effectively.”