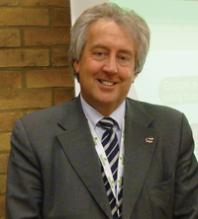 The Broadband Stakeholders Group has met for the first time. Members have set a series of targets as the group works with Milton Keynes Council to put the city at the forefront of broadband provision.
Its first targets are to tackle the perception of Milton Keynes as a ‘slow city’ in terms of its broadband service. It has also pledged to take action on the city’s ‘slow spots’, increasing the broadband speed to at least 2MB per second.
The group has also urged businesses and residents to take part in the broadband survey being carried out for the council by the Milton Keynes-based Biztech Technology Forum.
Milton Keynes Council has worked closely with BT on its Openreach fibre-to-the-premises trial, which has now provided infrastructure to more than 11,000 premises across Milton Keynes, with residents and businesses able to choose their own Internet Service provider.
The challenge now, said BSG chair Cllr David Hopkins, is to encourage further take-up of the service.
Cllr Hopkins (pictured), the cabinet member responsible for information technology, added: “Despite it being the first meeting, we came away with some tangible, realistic targets. There was plenty of frank discussion, which is what we need if we are to progress things and make Milton Keynes a truly high speed broadband city.”
The BSG includes representatives of the business community. Dr Neil Cutland, who represents the Institute of Directors on the BSG, said: “Robust, fast broadband is not just a ‘nice-to-have’ which improves online gaming and the speed of movie downloads; it is an absolute ‘must’ if businesses are to be attracted to Milton Keynes and if they, in turn, are to attract their future workers into the City.”
The Milton Keynes Broadband Survey is already providing valuable information on the importance of faster internet connectivity for companies and their employees.
The responses so far highlight that increasing access to superfast broadband for business and staff living in Milton Keynes could improve efficiency and boost productivity by enabling faster file transfer and improved online collaboration.
Biztech spokesman Nimish Sawjani called on busineses through out the city to encourage their stagg to take part. “They will provide the evidence that will help support the city’s broadband investment plans,” Mr Sawjani said.