YOU ARE AT: Business MK > News > Brexit on the back burner as firms focus on growth

Brexit on the back burner as firms focus on growth 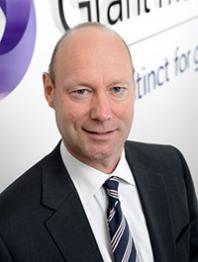 The poll has been conducted to mark the launch of Buckinghamshire Limited 2017, Grant Thornton’s annual analysis of the local economy which looks at how the 100 largest businesses in the county are performing.

Results of the launch survey show that more than 70% of businesses questioned expect to increase profits over the coming year while a further 12% anticipate profitability will remain steady. More than half are also expecting to invest in more people with only 16% expecting employee numbers to decrease.

The optimistic picture is underpinned by buoyant confidence levels, with 46% of businesses saying that current conditions are more positive than this time last year. A further 33% say conditions have remained the same.

Corporate finance director Mike Hughes said: “Despite uncertainty over Britain’s future trading relationship with the EU and the fall in the value of the pound, our latest poll shows Buckinghamshire business are so far unfazed and expect to continue on this positive growth trajectory.

“This suggests confidence for the future and sets the scene for another strong set of results in this year’s Buckinghamshire Limited report.”

The survey found that, despite the ongoing uncertainty over Brexit negotiations, more than 60% of local firms said the UK’s decision to leave the EU has so far had no impact on their business.

However, they still face recurring difficulties with skills shortages remaining a pressing concern for the county’s firms. Just under half believe there is insufficient talent when recruiting to support their business growth while 81% believe this talent gap is the main challenge to Buckinghamshire’s economic progress.

Mr Hughes said: “A key foundation for growth is having the right people with the right skills to take a business forward. While many local firms have ambitious expansion plans for the next 12 months, the lack of local talent in an increasingly competitive recruitment market, could potentially hold them back.

“Positively, businesses are starting to see the benefits of investing in apprentices through the Levy as a relatively low cost way to upskill the next generation and address this skills shortage.

"Firms that continue to offer strong incentivisation packages for both new and existing employees will also find they have a significant advantage over their competitors in the battle for talent.”

Businesses are proactively seeking to address the issue, with 52pc planning to take on an apprentice in the next 12 months, supported by the new Apprenticeship Levy.