YOU ARE AT: Business MK > News > Brexit fears heighten uncertainty among small firms 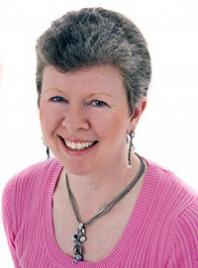 Amid persistent political uncertainty, the domestic economy is flagged more often as a growth constraint by small businesses than any other common barrier to expansion. Close to six in 10 say it is a significant barrier to growth.

The headline SBI measure of UK small business confidence has fallen to -9.9, the lowest level since the wake of the financial crash in 2011. Two thirds of small firms do not expect their performance to improve this quarter.

Small businesses in the accommodation and food services, retail and manufacturing sectors report some of the lowest SBI readings.

Pam Charman, area leader for Bedfordshire, Cambridgeshire and Hertfordshire, said: “Two and half years on from the Brexit vote and small businesses are looking ahead to Brexit day with no idea of what environment they’ll be faced with in less than ten weeks’ time.

“The danger of a serious economic shock posed by a chaotic no-deal Brexit is real and imminent. It’s time for politicians to stop the in-fighting and agree on a cross-party way forward.”

Current uncertainty is making it impossible for firms  in the area to plan, hire and invest, she added.

“That’s feeding into wider concern about the economy at large. We won’t see GDP growth pick-up again until there’s some certainty about how the business environment will change in the coming months.

“Come the beginning of April, small firms will not only have Brexit day to worry about but also Making Tax Digital, a higher living wage, rising auto-enrolment contributions and further business rates hikes.

“In our area, there is a particular problem with lack of land for commercial and industrial use as it is all being swallowed up for housing development.  This will be a flashpoint for a lot of businesses, threatening the futures of many.”

The new SBI also shows borrowing costs for small businesses soaring. The proportion of successful credit applicants being offered a borrowing rate of 5% or more has hit a record-high.

The proportion of small firms applying for external finance remains stubbornly low at around one in eight.
Ms Charman added : “With Brexit taking up all of the government’s time, there are a huge number of domestic business issues that are not being addressed. They include the long-standing barriers small firms face when trying to access new finance, and the sky-high borrowing rates they’re often offered if an application is successful.

“This is another issue that will be exacerbated by a chaotic no-deal Brexit. When times are tough, big lenders often put supporting small businesses on hold.”