YOU ARE AT: Business MK > News > BP deal is ‘a milestone for motoring’, says EV charging firm 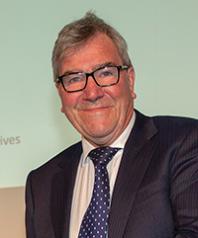 David Martell hailed the deal as the start of a new era for Chargemaster’s national POLAR charging network.
The development of new EV charging technologies and networks is a key part of BP’s strategy to become the leading supplier of energy to low carbon vehicles.
Chargemaster operates the UK’s largest public network of EV charging points, with over 6,500 across the country. It also designs, builds, sells and maintains EV charging units for a wide range of locations, including for home charging.
Mr Martell said: “The acquisition of Chargemaster by BP marks a true milestone in the move towards low carbon motoring in the UK.
“I am truly excited to lead the Chargemaster team into a new era backed by the strength and scale of BP, which will help us maintain our market-leading position and grow the national POLAR charging network to support the large range of exciting new electric vehicles that are coming to market in the next couple of years.”
Chargemaster staff will continue to be employed by BP Chargemaster, which will operate as a wholly-owned BP entity.
The number of EVs on the road is forecast to increase rapidly in coming decades. By 2040 BP estimates that there will be 12 million EVs on UK roads, up from around 135,000 in 2017.
BP believes that, to accelerate the adoption of EVs, customers will require convenient access to fast and ultra-fast charging. A key priority for BP Chargemaster will be to develop and install its ultra-fast charging infrastructure at the  1,200 service stations BP operates in the UK, including 150kW rapid chargers capable of delivering 100 miles of range in just ten minutes.
BP Chargemaster chargers are planned to be operating on forecourts within the next 12 months.
Founded in 2008, Chargemaster runs POLAR, the largest public charging network in the UK with more than 40,000 customers.
The Luton firm is also a leading supplier of home charging points and has strong links with car manufacturers.
Tufan Erginbilgic, chief executive of BP Downstream, said: “BP Chargemaster will deliver a truly differentiated offer for the country’s growing number of electric vehicle owners.

“At BP we believe that fast and convenient charging is critical to support the successful adoption of electric vehicles. Combining BP’s and Chargemaster’s complementary expertise, experience and assets is an important step towards offering fast and ultra-fast charging at BP sites across the UK.”