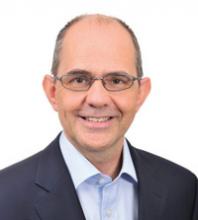 According to economic experts at business advisers PwC, the government has an opportunity to help long-term growth by focusing on the supply side of the economy.
PwC’s latest UK Economic Outlook also projects the structural current budget deficit falling gradually over time and eliminated in 2016/17, in line with the government’s fiscal mandate. However, the forecast is affected by uncertainties at home and abroad and there is still no room for complacency on public finances, the report adds.
It rates the chances of the government meeting its public deficit elimination target as only 60% – slightly greater than the estimates from the Office of Budget Responsibility last November.
Gary Telford, tax partner at PwC in Milton Keynes, said: “Since PwC’s public finance projections suggest that additional austerity measures are not needed over and above those already announced, this year’s Budget can instead focus on measures to support long-term growth by influencing the supply side of the UK economy.
“For example, the Chancellor could consider lightening regulation, tax reform, supporting job creation and spending on areas which will benefit business over time – infrastructure, education and research.”
PwC’s report projects real GDP growth for 2012 at a modest at 0.6%. However, it will pick up slightly during the second half of the year, helped by the London 2012 Olympics, increasing to 1.8% in 2013 and increasing further in later years.
Regionally, the South East is expected to lead growth in 2012 and 2013. A bounce-back in manufacturing in 2013 should boost growth in the Midlands and the region will also benefit from stronger growth in the business and financial services sectors next year.
Mike Robinson (pictured), senior partner at PwC’s Milton Keynes office, said: “In Milton Keynes, like elsewhere, the main driver for growth in 2012 is expected to be net exports and there should also be a temporary boost from the Olympics this summer.
“Business investment is an important indicator of health in the economy and while it will remain subdued this year it is expected to increase in 2013, provided that uncertainties relating to the Eurozone gradually dissipate. Company finances are relatively healthy so firms have the ability to invest if these uncertainties can be overcome.”
The report highlights how government policies can support long-term growth through influencing  the supply-side of the UK economy.
Mr Robinson said: "Supply-side policies supported growth in the 1980s and the 1990s and we need a stronger focus on them now. That means simplifying and streamlining regulation so we have a good business climate here in the UK – for small companies and new start-ups as well as large multinationals.
“Also, businesses and individuals need more reassurance that the tax regime will reward wealth creation over the longer term. Though the Chancellor has limited room for manoeuvre, he can set out more clearly his medium-term plans for getting personal tax rates down and restructuring environmental and spending taxes to help achieve this.
“The government’s programme of measures to address youth unemployment could also be strengthened.”