YOU ARE AT: Business MK > News > Bored’ staff admit to skiving, survey finds 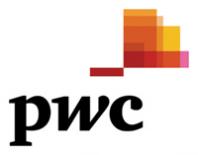 Bored and depressed at work (34%), family responsibilities (20%) and good weather (12%) are among the reasons for workers in the area taking unauthorised leave.
Nationally, the research revealed that one in three workers openly admit to lying to take time off work, mainly because they are disillusioned with their jobs.
PwC estimates that absenteeism costs UK business around £32 billion a year. The firm’s human resources expert Jeremy May said: “Our findings suggest a large chunk of this loss is preventable.
“If people are bored and depressed with their jobs, employers need to think creatively how they can get people back in gear. Rather than a sign of laziness, unwarranted absence can mean people are under-used.”
Prevention may be easier than cure given the lengths people go to cover their tracks. Nationally, illness is the favoured excuse for 84% of ‘skivers’ with some even faking symptoms around the office in preparation for a day off.
Some 15% sniff at work to back up their excuse, another 12% pretend to lose their voice, while 11% feign on-coming symptoms in advance.
The illness of choice though, is one which is difficult to prove: more than half of all excuses (52%) involve gastro-related problems.
Mr May urged employers to take heed because taking a day off for a false reason seems to be contagious. About one in four workers said they would be more likely to take unwarranted leave if they see their colleagues getting away with it.
He added: “Employers need to use both carrot and stick.  If it is very easy to call in sick, or you do not even need to call at all, people are more likely to abuse the system.
“But if there is more of a process to follow, people are more likely to think twice about taking time out.  Of course if someone is prepared to don crutches or bandages, there is less you can do but clearly there is a shelf life to such tactics.”