YOU ARE AT: Business MK > News > Booming city is becoming a beacon for growth

Booming city is becoming a beacon for growth 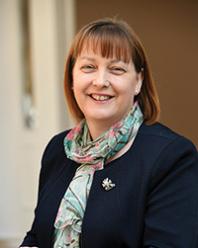 OUR CITY is well known as an innovator that embraces change. As a result we have become a significant target for inward investment over recent years.

The confidence that both local and international businesses are showing in Milton Keynes’ bright future is inspiring to see. But it’s something that we at CityFibre have known all along.

CityFibre originally invested in Milton Keynes in 2016 by opening a 162-kilometre full fibre network and enabling local businesses such as Stadium MK and the Open University to access next generation connectivity.

Since then we have consistently seen Milton Keynes lead the way for economic growth in the UK – in fact, according to research from Centre for Cities, our city is one of the most productive places in the country.

CityFibre isn’t the only one making a real commitment to the city’s future. Santander recently chose Milton Keynes for its flagship UK technology hub. Expected to open in 2022, the £150 million investment is a huge win for the city and will attract new business and boost start-ups with its flexible collaboration space.

Goldman Sachs has also just announced that it is moving into a new 21,000 sq ft premises on Caldecote Business Park next summer, opening up at least 150 jobs. As its only office outside of London, it’s a great example of how multinationals are increasingly choosing Milton Keynes as a key place to locate.

Investment is flowing from every sector, illustrating a region-wide movement which will significantly boost the local economy. Other significant developments promising innovation and growth include:

Milton Keynes Council has also been busy, bidding to create affordable new homes so the city can expand at a sustainable rate, housing a growing workforce.

It is all part of achieving Milton Keynes’ long-term vision, which envisages the city growing up to 400,000 people by 2050 and becoming the heart of the Cambridge, Milton Keynes and Oxford innovation corridor.

CityFibre started work this year to extend our network across the city, enabling almost every home and business to benefit from full fibre broadband.

This additional £40 million investment will only help to position Milton Keynes as one of the best digitally connected locations on the planet, enabling us to grasp every new opportunity that comes our way with both hands.