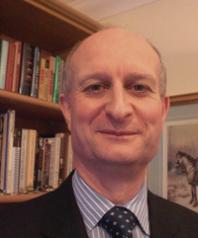 The project will also see the restoration the derelict Codebreaking Huts 3 and 6, where the British codebreakers led by Alan Turing cracked the Enigma code used by the Nazis to send encrypted messages to its armed forces.
The Bletchley Park Trust has raised a total £2.4 million, a figure which unlocks a Heritage Lottery Fund grant of £5 million. The Heritage Lottery Fund has granted the Trust ‘Permission to Start’ on the restoration project.
The £2.4 million has come from contributors including internet giant Google, the Astor Foundation, the Goldsmiths Company Charity and The Prince of Wales’ Charitable Foundation.
Bletchley Park Trust chief executive Iain Standen (pictured) said: “This is an exciting and unparalleled milestone in the 20-year history of the work of the Bletchley Park Trust, allowing us to start the work of preserving this site for future generations and in permanent tribute to the extraordinary men and women who worked here during the Second World War.
“Raising these funds has not only been a race against time to save the huts from dereliction, but also has been imperative in order to create essential capacity and an improved experience for our ever-rising numbers of visitors."
Work is due to begin in the autumn and the trust has already begun a new fund-raising campaign. It is aiming to raise around £15 million for the next phase of its masterplan to transform Bletchley Park into a world-class heritage and education centre.
Mr Standen said:  “We are enormously grateful for the generosity of the Heritage Lottery Fund and other donors for enabling us to start making this vision a reality.”