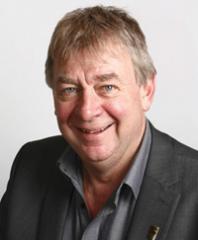 The Federation of Small Businesses in the county has been made aware of the reincarnation of the UK Corporate Portal letter which was also sent in 2013.

FSB Bedfordshire branch chairman Ian Cording (pictured) said: “Trading standards in Central Bedfordshire have issued an alert over this letter, which we reiterate. We are concerned that businesses in Bedfordshire may believe the letter to be from an official source, which is not the case.

“The issue is that if they sign and return the form to confirm their details, they could end up tied in to the high costs of an entry in this publication.

“Anyone who receives this letter should be aware that they are not obliged to provide any information to the company and entries do not have to appear on the website referred to in the letter.”

The same letter was also sent during a period in 2013.

The letter claims that due to a change to the ‘EU Economic Package’, which requires all companies to provide their VAT Registration Number on various business documents, the ‘UK Corporate Portal’ is now also required to update each company’s business data on its own database as a “basic data entry”.

The letter also has a form enclosed, which is partially completed with the addressee’s details.

It is requested that if the addressee opts for more than a “basic data entry” they should complete any missing details, sign and return the form. However, in doing so, the addressee will incur an annual fee of £797 over a term of three years, which will result in a bill of nearly £2,400.

Mr Cording said: “Our advice to businesses in Bedfordshire would be to ignore the letter and do not respond to the sender in anyway. The letter appears to be official, but it is not.”