YOU ARE AT: Business MK > News > Bedfordshire bosses remain bullish despite Brexit uncertainty 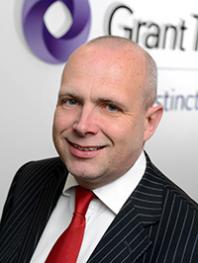 Many expect to increase or maintain profit and staff levels over the next 12 months, according to a new survey from financial and business advisers Grant Thornton.

The poll has been conducted to mark the launch of Bedfordshire Limited 2017, Grant Thornton’s annual health check of the local economy which looks at how the top 100 businesses in the county are performing.

Results of the launch survey reveal that 35% of Bedfordshire businesses questioned expect profits to increase over the coming year while a further 43% anticipate profits will at least remain steady. Almost half (44%) also plan to take on more staff with only 13% expecting to decrease headcount.

This positive picture is despite 48% stating that business conditions are more difficult than 12 months ago. However, Bedfordshire firms appear to be holding off any significant capital expenditure with 61% stating they are unlikely to make any big investments in 2017.

“Despite an uncertain 12 months following the Brexit vote, our initial poll suggests Bedfordshire businesses are optimistic about their growth prospects. However, they appear to be waiting until we have a clearer picture of what the future holds for Britain outside the EU before making any further investments.”

However, the ongoing skills shortage remains a key concern with almost two thirds of businesses (64%) stating there is insufficient local talent available when recruiting.

A further 65% view the talent gap as the main barrier to Bedfordshire’s economic progress, citing it as the biggest challenge to growth by far.

Mr White said: “Businesses in Bedfordshire continue to highlight the difficulty they face in recruiting the right talent to support growth. The introduction of the new Apprenticeship Levy in April to help upskill new and existing employees has been warmly welcomed but there is still a long way to go to plug the current skill gap.

“In today’s highly competitive marketplace, firms should continue to invest in and develop existing staff whilst looking at how they can best attract new, skilled people to take their businesses forward. Wage incentives and other employee benefits should form a key part of this”.

Grant Thornton’s Bedfordshire Limited study has become a recognised benchmark of the overall health of the county’s economy. In addition to the annual analysis of the largest privately owned businesses, the Bedfordshire Limited study will also identify the county’s fastest growing firms and include a ‘ones to watch’ section, highlighting those companies which may make the top 100 next year.

The results of the Bedfordshire Ltd 2017 study will be revealed at a special breakfast event on June 15 at The Sculpture Gallery, Woburn Abbey.

To register your interest in attending or to sign up to receive a copy of the full Bedfordshire Limited report, please email eve.moore@uk.gt.com.