YOU ARE AT: Business MK > News > Be prepared, firms warned as Brexit uncertainty continues 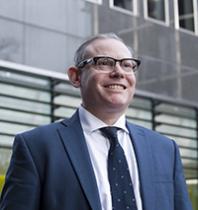 The announcement follows a delay to Brexit with the UK now not expected to leave the EU on Friday (March 29). However, with the final outcome still uncertain, Grant Thornton has outlined the likely next steps to help businesses navigate the coming weeks:

“The announcement of a delay provides no further clarity for businesses as the list of potential outcomes is widening, not narrowing. While we might slowly start to see some clarity over the next week or two, this is far from certain.

“In the meantime, businesses need to continue to review and update their contingency plans to ensure they can respond quickly to any changes in the local market or across the wider economy.”

Firms are advised to continue to evolve their response strategies following the latest developments as new information becomes available.

Mr Jackson added: “If your business is not yet ready for Brexit then clear your diary, bring your team together and get things moving. it’s not too late.

“Whatever happens, firms need to be match fit and focus on the basics from retaining staff, monitoring cash flow and removing unnecessary costs. With strong underlying foundations in the local economy, businesses have every reason to be confident if they stay calm, carry on but be prepared for change.”