YOU ARE AT: Business MK > News > Battle lines are drawn in fight to save town’s heritage

Battle lines are drawn in fight to save town’s heritage 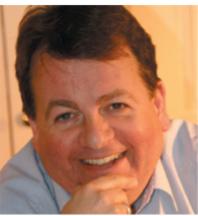 IN APRIL, I wrote a column headlined ‘Victory is a triumph for people power’ where I detailed how public action had helped to stop plans to redevelop Cofferidge Close as a large supermarket shoehorned into lovely Stony Stratford.
Following successful efforts to persuade the Secretary of State to confirm Grade II listing of 7-23 Silver Street – the town houses fronting the western boundary of the site and contiguous in design – Milton Keynes Council’s development control committee eventually unanimously rejected the plans.
However, I somewhat portentously predicted that those plans might return and, indeed, on the very last day available for appeal – in what the owners must have hoped would be a knockout blow to the solar plexus of the Save Cofferidge Close campaigners – an appeal was filed with the Secretary of State.
Readers interested to read the original column can visit www.urbaneden.org and find the headline quoted above in our Press Coverage section.
The reasons given by the council for rejecting the application – and which were presumably the ones they felt could best be defended in any appeal – were:
The campaigners would, I am assured, also have liked to have seen traffic (the appalling prospect of several humongous juggernauts squeezing down medieval Silver Street every single day), parking (involving destruction of ancient apple trees in the existing parking areas) and economic sustainability (including the inevitable commercial destruction of other businesses in Stony Stratford) given as causes for rejection, too.
However they were not and the council is now precluded from bringing up any new reasons, no matter how significant, at the appeals stage.
We do not yet know what grounds the owners will use for their appeal.However, it is evident that they are prepared to spend eye-watering sums of money on it.
It is already scheduled to last longer than a week and is likely to cost our own council tens if not hundreds of thousands of pounds too. So we are where we are. Or we were.
The latest news is that both the Save Cofferidge Close campaign and Stony Stratford Town Council, also original objectors to the scheme, have been made parties to the appeal. So now they both have equal status to the appellant and Milton Keynes Council as the local planning authority.
On the downside, this is a somewhat onerous burden. Both new parties will have to conduct their case by the rules, which include presenting full Statements of Case and Proofs of Evidence as well as providing full-time attendance at the inquiry and being subject to cross-examination by the owner’s no doubt Rottweiler-like barristers.
The upside, however, is very good news. Both new parties to the appeal have been granted Rule 6 status. This means they can, if they can convince the inspector of relevance, introduce new evidence different from the main parties: evidence that Milton Keynes Council is precluded from submission.
Please, take it from me: this is not only very significant, it will transform the hearing into a real battle of David versus Goliath with no holds barred.
Meanwhile, as the ‘cold war’ hots up, there are already signs that the owners are looking to justify their appeal with new research.
Word reaches these ears that a telephone survey is being conducted in the area, by a known firm, which refuses to divulge who it is acting for.
It is asking participants where they do their main grocery shop; how they get there; why they go there; how much they spend and whether they go home afterwards or shop elsewhere locally.
They also were keen to know whether interviewees do a top-up grocery shop; what else they do in Stony Stratford; where they buy furniture, white goods, computers, clothing and DIY; why they choose to shop there.
I have no doubt that, when the appeal starts some time after March next year, we will see a battle royal. Frankly, my money is still on the good people of Stony Stratford and the good sense of the council.
If we all give in to the bullies of Cofferidge Close, I doubt that Stony Stratford will continue as one of the last surviving examples of a flourishing village high street.
Indeed, if retail guru Mary Portas really wants to see how it should be done, she needs to tap her heels together three times, hail a cab and say “There is no place like Stony Stratford”.
Cheerio.