YOU ARE AT: Business MK > Education > Barbers business proves it’s a cut above with trailblazing training course 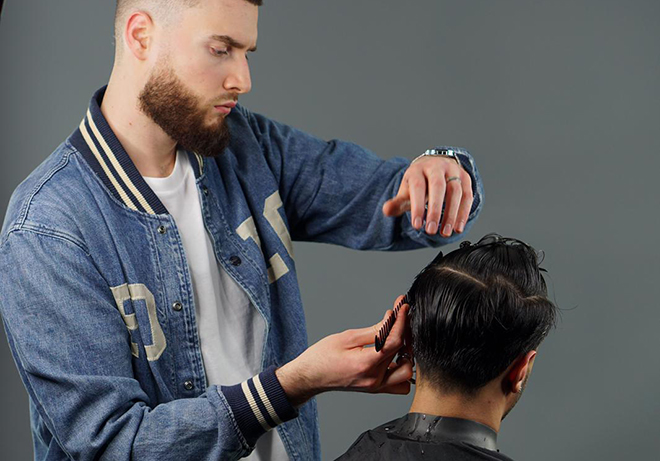 A FREE course into the billion pound barbering industry is being launched in Bedford this month by pioneering national brand Jagged Edge.

In just four hours a week over a four-week period, recruits can see if this is the career for them. If they show talent and aptitude they can progress on to an eight-week Jagged Edge Masters Programme, with loan-funding available, and be work-ready at the end of it.

“Jagged Edge has a proven track record of providing cutting-edge skills for barbers since we launched our academy several years ago. Already we have shown that we train the best barbers who are now working with us, or at other barbers, around the UK,” says Jagged Edge founder Zak Resinato,

“The idea of this free course is that people aged 16 who are unsure about where to go next, can sign up with nothing to lose over the summer. Equally older people can fit in the training around their jobs or studies. At the end of the month they will know if barbering is where they want to be

“This is a multi-billion pound industry world-wide and at Jagged Edge we keep up with global trends and need to generate our own trained people to work in our pods and other venues.”

Jagged Edge senior educator Dini Braka says: “When I wanted to start out as barber I couldn’t afford the London School of Barbering, which offers an intensive course, or the time out to go to college for three years, so I got myself a job at a barbers as a junior on the lowest pay.

“When I saw what Jagged Edge were doing back then with their exciting approach to recruitment and career advancement I wanted in and now I have put together this package for those who want to join this fast growing industry.”

The course is being promoted on social media aimed at potential recruits but Zak want parents to understand the support system offered by Jagged Edge.

“We are a team, we promote from within. There are opportunities for young people work with us, or walk into jobs elsewhere. But to make sure people are happy with the idea they can try us for free on our course in July – what has anyone go to lose?”

Zak started his career as a Saturday boy at his father’s barbers. He started running his own venues in Bedford, Sandy and Clapham and then, after special training with Vidal Sassoon in London, won a fantastic deal to open Barber Pods at a range of retail park outlets, including Sainsbury’s.

The training academy for Jagged Edge is now officially at the original High Street location.