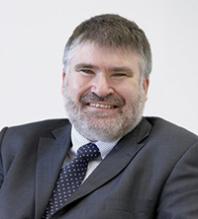 England’s Economic Heartland, which is driving the strategic infrastructure and services across the Oxford-Milton Keynes-Cambridge Growth Corridor, has warned the government not seek to appoint a new franchise.

The line between Oxford, Bedford, Aylesbury and Milton Keynes is due to open in the early 2020s and EEH believes there is an urgent need for clarity over how services will be operated.

Having a bespoke arrangement with an existing operator may provide the best offer to passengers in the shorter-term, it says.

"Given the scale of growth we are already experiencing across the region, it is important that its benefits are realised from the get-go, but that any operator isn’t bound to a flawed franchise specification which fails to maximise longer-term strategic opportunities.”

The rail industry is undergoing a fundamental review. A number of franchising processes have been cancelled and travel demand is often initially underestimated,

"This is why using an existing operator in the shorter-term would enable the framework for any future franchise to be based on a real-world understanding of travel patterns and demand, rather than forecasts which can so often – with the benefit of hindsight – prove to be far removed from reality,” said Mr Hodgson.

"It would also enable a future franchise to take into account work on the future of the West Coast Mainline post HS2’s opening, in particular enabling a new north-south corridor between Northampton and Old Oak Common.

"Finally, rail services could initially be incorporated within existing operations, helping to manage pressure on existing infrastructure until such time as capacity is improved."

Rail operators Chiltern Railways and Great Western have been invited to the Strategic Transport Forum’s meeting this month to give their views on the process.â€‹