YOU ARE AT: Business MK > News > AT Cross extends sponsorship of Sports Book Awards 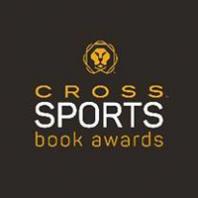 The awards exist to highlight the most outstanding sports books of the previous calendar year, with 12 categories set-up to showcase the most enlightening and informative publications from sporting writers, professionals and retailers.

Former Wales and British Lions captain Gareth Thomas stole a number of headlines at the 2015 Cross Sports Book Awards for his autobiography Proud, which was voted as the book of the year, while a host of other critically acclaimed works were also honoured.

The British Sports Book Awards was originally conceived as part of the famous National Sporting Club’s banqueting campaign programme, where the world of sports writing, publishing and entertainment came together at a series of lunches and dinners.

From there, the British Sports Book Awards were conceived in 2002, with A.T. Cross becoming an integral part of the annual event in 2015, which continues to go from strength to strength.

Cross Sports Book Awards founder David Willis said: “A.T. Cross is a premium brand that offers a fitting sense of prestige to our celebrations of the written word.

“The name goes hand in hand with the sports book awards and the company’s support really is invaluable in a number of ways.

“We feel that we boast one of the most distinguished literary events anywhere in the UK and a lot of this can be put down to our premium partnership with A.T Cross.”

The partnership’s second year will be marked in 2016. AT Cross marketing director Nicola Shepherd said: “Cross are delighted to renew our association with the BSBA for 2016 enabling us to showcase writers bringing to life their experiences by putting pen to paper.

“At Cross we believe in the continued pursuit of greatness which is reflected in all of the stories and significant moments highlighted in the excellent writing we see each year from our shortlisted writers.