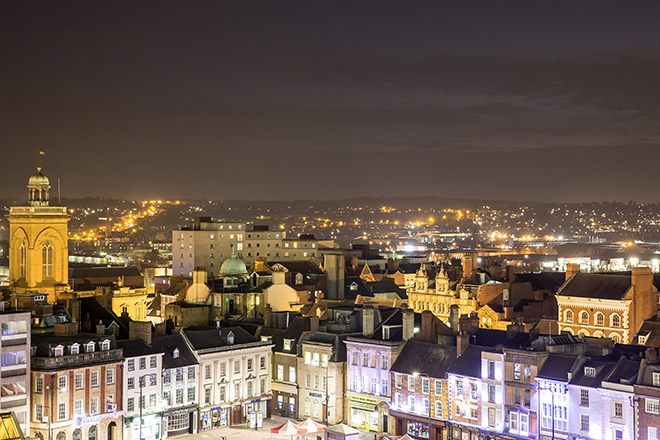 DISCUSSIONS are under way on the submission of a bid by Northampton for city status.

West Northamptonshire Council is considering the move as part of Her Majesty The Queen’s Platinum Jubilee Civic Honours competition.

Businesses and residents are being urged to support a proposed bid to gain city status for Northampton in a move that would reap major benefits for the whole of West Northamptonshire. A successful bid would enhance Northampton’s profile, helping to attract investment into the entire West Northants area.

A draft bid which celebrates Northampton’s heritage, culture and ambition is being prepared ahead of the full council meeting, which will decide whether to proceed. The national deadline for submitting bids is December 8.

West Northamptonshire Council leader Cllr Jonathan Nunn said: “Bidding for city status would be a fantastic opportunity for us to showcase everything we know is special about Northampton. But this would not just be for the benefit of Northampton residents. A successful bid would bring economic and cultural benefits to towns and villages right across West Northants.

“It would tell a national and international audience this is a place in which to do business, raising our profile, attracting investment and creating new, skilled jobs.”

Businesses and residents are invited to show their support by sharing their favourite photographs of places in Northampton. Up to 50 photographs can be included in the bid and the council is aiming to include as many taken by local residents as possible.

Submissions could feature an iconic landmark or building, a local park, open space or another favourite feature people. The best photographs will also be used in the social media campaign to showcase the town as an ideal candidate for city status.

The winning cities are due to be announced on the extended Bank Holiday weekend of June 2-5 next year to mark the Platinum Jubilee. In 2012, her Diamond Jubilee year, Chelmsford, Perth and St Asaph in Wales were awarded city status.

“We have so much to be proud of, from our rich history and heritage to the diversity of our cultures and communities,” said Cllr Nunn. “This bid provides a platform to promote our many hidden treasures and achieve our vision for making West Northamptonshire a great place to live, work, visit and thrive.”

His message to Northampton businesses: “Your support is vital for any bid to be successful so let’s come together and celebrate Northampton, a special town with the heart to flourish as a city.”