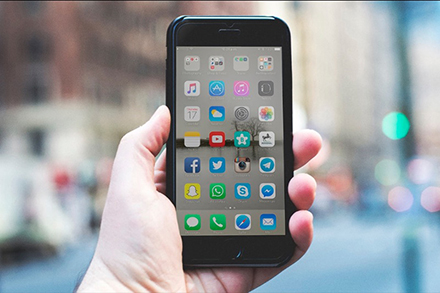 MY TOP prediction for 2022 is that we’re all going to be hearing much more of the term ‘Web3’ writes Matt Reynolds, founder of social enterprise IT support company It’s What’s Next IT. And because we’re on the ball here at www.businessmk.co.uk, here’s a primer explaining what exactly ‘Web3’ is.

Firstly, there are no two identical definitions of Web3. It’s so new that we in the IT industry haven’t decided what it means yet.

Secondly, if you’re heard of Bitcoin, or maybe even dabbled in some investment/speculation, you’re already familiar with one of Web3’s central concepts – “decentralisation”.

The IT industry has a habit of splitting itself into different eras that get kickstarted by one technical innovation or another – for example, go back far enough and only large companies had one massive computer. Then the PC was invented and now companies had scores of PCs, one for each desk.

Then we get the internet that saw the PCs networked together and finally the modern era where the dominant computing platform is the smartphone. These changes in eras are hugely disruptive and presents huge opportunities.

Web 1.0 (approximately 1993-2004) saw the internet being used to wrestle control away from publishers by having people set-up their own website and publish whatever they want. You didn’t have to get a book or magazine deal or get a TV or radio interview slot to get your voice heard – you could self-publish and self-promote anything you wanted.

Web 2.0 (approximately 2005 to now) saw the rise of social media. The issue that Web 1.0 and its self-publishing model had was that if you build a website, it’s very hard to build an audience for it.

And where’s the motivation in writing something/recording a video if no one is going to watch it?

Instagram know assumes that you like exotic beach holidays, and can now “sell” that fact to advertisers and now in your feed you’ll start seeing ads for exotic holidays. All you’ve done is sit on your sofa chilling with Instagram but now the “value” from your behaviour has been extracted and monetised.

The idea of Web3 is that it takes back control from the networks and puts it back into the hands of the user. However, what’s at stake here is not the ephemeral idea of “taking back control”, it’s about taking back the money. YouTube in 2020 made $15 billion in advertising, and paid out $8.5 billion to the creators on the site.

This is good money if you can get it and top YouTube earners do earn well but the network operators do inordinately better than the actual creators.

But maybe the creators want to both share all that money themselves, and maybe they don’t want a collection of hoodie-wearing YouTube management in California making decisions about them and their business without them having a say.

If that sounds familiar then this is the same shift we saw from the world before the internet to Web 1.0. Before the web, all of the power in content distribution rested with the book and magazine publishers, TV and radio stations, record labels, etc.

Web 1.0 put power in the creators’ hands for the first time. The purpose of shifting from Web 2.0 to Web3 is to wrest power back from the networks and once again to the creators.

You’re no doubt wanting an example and in a business magazine it behoves me not to get into he weeds of technical details. You’ve almost certainly heard of NFTs at this point – Christies recently sold an NFT by digital artist Beeple for £50m (https://www.bbc.co.uk/news/technology-56362174).

NFTs are a Web3 technology. They allow artists to sell their wares directly to the fans and collectors – they don’t require a Facebook, or a Google, an Amazon, or a Microsoft sitting in the middle.