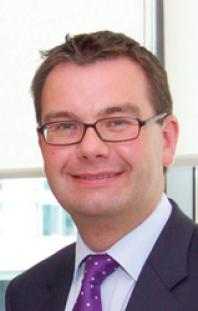 Milton Keynes
The single biggest project is the widening of the M1 between junction 10 at Luton and junction 13 at Milton Keynes. Also vital for the region’s economic development is the £220 million scheme to expand the A421 between Bedford and M1 junction 13 to dual carriageway.
Milton Keynes South MP Iain Stewart, who is also a member of the Transport Select Committee in Parliament, said: “The importance of transport links for businesses and commuters cannot be overemphasised. Good transport links will further make Milton Keynes an economic hub with the possibility of greater inward investment which hopefully should translate into jobs being created in the city.”
Mr Stewart and his Conservative colleague Mark Lancaster, who represents the Milton Keynes North constituency, were in the House of Commons to hear Chancellor of the Exchequer George Osborne outline the coalition government’s plans to cut the public spending deficit in the its Comprehensive Spending Review.
While some projects were scaled back and bureaucracy curbed, the MPs have welcomed funding for 75,000 adult apprenticeships a year.
They also say that the £530 million investment to improve the UK’s broadband network should benefit Milton Keynes’ severe broadband black spots while supporting the city’s high number of small and medium-sized businesses.
The Spending Rerview also announced plans to reform a total 171 quangos. Mr Lancaster intends to find out exactly what this means for the development body Milton Keynes Partnership.
He and Mr Stewart say they will press for details about how the promised 150,000 affordable new homes can plug the housing shortfall in Milton Keynes and ensure rents raised in the city are kept in the city.
Mr Stewart said: “ I have always campaigned for local residents to be at the driving seat of any expansion in Milton Keynes. Of course, I maintain that infrastructure must come first before expansion.
“With local councils having greater control over housing finances, I am confident that we can collectively shape the desired mix of housing provision required in the city.”
Mr Lancaster said: “The cuts are tough but fair, and most certainly necessary. The fact is we are spending £120 million every single day just to pay off the interest on Labour’s debt. Despite this we have managed to rightly ring fence the NHS budget and keep schools safe.
“I am now making it my task to ensure that spending reductions, for example in local government and police, are done in a way that does not affect frontline services for the residents of Milton Keynes.”
Mr Lancaster, who is Parliamentary Private Secretary in the Department for International Development, defended the retention of the department’s commitment to overseas spending. He said: “Honouring our commitment to the world’s poorest countries is something we should be proud of. Not only does it improve our county’s security and promote our foreign trade, most importantly it saves millions of lives”
8