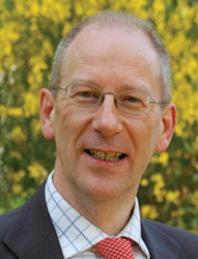 Milton Keynes
Prudence has been postponed and the government still appears to be hooked on tax and spend. The PBR highlights the fundamental problem with fiscal policy at present, says IoD Milton Keynes branch chairman Jonathan Bailey (pictured).
The deficit remains too big even though it is projected to halve in size by 2014-15. Mr Bailey said: “We need much more spending reduction because we can’t bank on the Chancellor’s economic forecasts bringing in the revenue he needs.”
The Chancellor was trying to close the gap with higher taxation when evidence from around the world is that the best way to cut the deficit is by lower spending. “The more we increase taxes the more damage we do to long-term growth prospects,” Mr Bailey said
Plans to increase National Insurance contributions would be opposed on the grounds that they were a tax on jobs, he added.
There were some positives in the PBR. Postponing the rise in the small companies rate of corporation tax will help smaller businesses, and extending the Enterprise Finance Guarantee Scheme will also help. The new 10% for patent income, which is a response to competitive pressures from Switzerland and elsewhere, will reduce, but not eliminate, the pressure on some groups to move assets or head offices offshore.
And there are signs that the need to control the public sector pay and pensions bill is being taken seriously.
Mr Bailey said: "The key theme of this year’s PBR is prudence postponed. Yet again we see more of the same old story with spending edging slightly higher in the near term. We thought that chapter of the book was over but it seems the Chancellor has ordered a reprint. The economy has shrunk and the public sector needs to shrink far more as well.
"The government is right to focus on reducing unemployment but the additional National Insurance rise will directly put jobs at risk and make it even more difficult for businesses to rehire once the recovery starts. A further tax on jobs at a time like this is madness."
18